Allied forces have no option but to stand by our Afghan allies, however suspect their loyalty

My first experience of “green on blue” — the euphemism for Afghan soldiers going rogue — was as an officer cadet in 1978. I awoke at two in the morning with an Afghan’s knife at my throat.

A fellow officer cadet, he and I had become friends during our six-month course, but I had made the mistake of relieving him of his rifle when he found it impossible to keep up during a forced march across Sandhurst’s infamous Barossa training area. This he took as a mortal insult against him, his family and all of his ancestors. 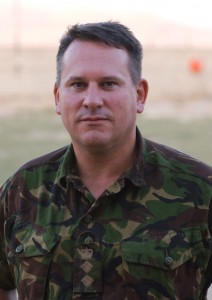 Each time a soldier has been killed in this spate of green-on-blue attacks — 51 Nato soldiers have died so far this year at the hands of supposed Afghan army comrades — TV journalists and pundits ask the same questions: will the other troops be able to carry on; will this change our strategy?

Soldiers in Afghanistan who are able to watch the news during a brief respite from operations are invariably bemused by such questions. Unlike the handwringers back home, they remain unwavering in the face of renewed danger. But yesterday strategy did seem to change and some joint operations between Nato and Afghan forces at the lower levels were curbed. This was largely owing to the eagerness of Isaf to take action in the face of “insider attacks”.

Isaf confused its press releases with military orders and explained the changes badly. The new measures are temporary but significant, shifting the fine balance between making operational progress and protecting troops. Isaf commanders are right to change tactics as
conditions change, including as a result of enemy action. Politicians, programmed to pounce on their opponents’ U-turns as a sign of weakness, should not see these military adjustments in the same light. Combat is violently unpredictable, so tactics must remain
flexible.

Adapting to the changing situation, commanders on the ground will do their best to mitigate any detrimental effects. They will, for example, substitute rehearsals and exercises for training on live operations. Those operations are not going to stop, as they must
continue to dominate the insurgents and protect the population. But Western troops will probably have to patrol alone when they would have preferred to work with Afghans.

It is difficult to divine the motives behind insider attacks because the attackers often end up dead. Isaf is keen to emphasise that many attacks can be put down not to enemy infiltration but to personal rage, whether inflamed by accidental deaths of civilians or stirred up over a movie. It is true that even seemingly trivial incidents can trigger homicidal reactions — such as a good old-fashioned military bollocking dished out by a fearsome British sergeant to an idle Afghan recruit.

But it is too convenient for Isaf to blame such personal factors. The truth is that the Afghan forces are tainted by traitors working for the Taleban and the allegiance of most soldiers is probably suspect — why should they give their loyalty to the Government in remote Kabul, especially if the Taleban might win?

Nonetheless, the Afghan security forces are all we have, so we must carry on working closely with them if they are to take on the Taleban when we withdraw in 2014. The insurgency will remain deep-seated and vicious. Although Isaf figures show attacks in Afghanistan to be down by 3 per cent in the first half of this year compared with the first
half of 2011, they remain 300 per cent higher than in that period in 2008, the first year of such records. Despite the valiant efforts of our forces and our allies, we have been unable to bring the insurgency under control, principally because of Pakistani support for the Taleban, corruption in Kabul and inadequate combat power.

With Nato’s departure date long announced, insurgents are determined to intensify their attacks so that in 2014 they can claim to have driven us from their land. The audacious attack on Camp Bastion at the weekend and yesterday’s horrific suicide bombing by Hezbe-Islami that killed eight South African aviation workers, are a taste of what is to come as 2014 nears.

I am afraid that more British troops will fall to the back-stabbing of those who they are trying to aid, as they will also fall to the Taleban’s improvised explosive devices, suicide bombings and long-range sniping. But contrary to an increasingly popular view here at home, their lives will not be wasted.

Jonathan Evans, the Director General of MI5, recently praised our Armed Forces in Afghanistan for keeping terrorism off the streets of Britain. That remains the goal. And the more effective the Afghan security forces become, the more likely it is that Afghanistan will
continue to be denied as a base for international terrorists.

That means our soldiers’ boots on the ground, shoulder to shoulder with their Afghan allies — but always with one eye open for any false move.