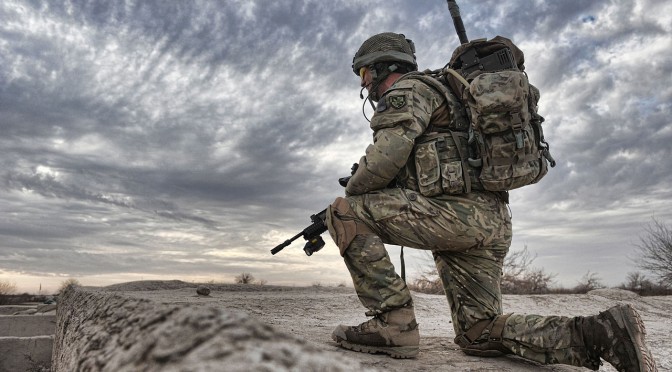 According to the United Nations, 81% of civilian casualties were inflicted by the Taliban and their bedfellows in 2012, with only 8% caused by Afghan and coalition forces. This is roughly the pattern of previous years too. The overwhelming majority of the Taliban’s
victims were the result of deliberate targeting and indiscriminate use of improvised explosive devices and suicide attacks, some carried out by children.

Adebolajo seemingly has a track record with the group that loudly accused my own regiment, the Royal Anglians, of being child killers and “butchers of Basra” during a march through Luton to honour their return from Iraq in 2010. A regiment that had completed its six-month tour of duty without firing a shot in anger, and had protected
many Iraqi Muslims from the depredations of extremist killers.

Of course, Iraq, Afghanistan and the “defence” of their brother Muslims in far-off lands are nothing more than feeble excuses for Islamists who follow al-Qaida’s murderous agenda. Al-Qaida’s earlier bombing campaigns in the 1990s – during which far more Muslims were killed than the westerners they were targeting – and 9/11 obviously predate the Iraq and Afghanistan conflicts.

Their agenda is far wider. It is to remove western presence and influence from Islamic lands, impose fundamental theocratic rule on all Muslim countries and unite them under a restored Sunni caliphate as imagined from centuries past. Al-Qaida does not see this as a short-term project, but one that will be achieved only in generations to come. Its role is to drive inexorably towards this goal by mass killings intended to set community against community, and to gradually undermine the existing order through violence and economic destruction.

Al-Qaida’s war will not end when Nato forces leave Afghanistan. Neither will its campaign in Britain. If anything, terrorist attacks here could increase. In Helmand, British soldiers have encountered Taliban fighters with Birmingham accents and bodies with Manchester United tattoos. Many British Muslims have travelled to Afghanistan
for jihad. If that option reduces after 2014, some might turn their murderous attentions on their homeland.

That was true of Parviz Khan, a Birmingham man who was prevented from travelling abroad to fight and instead hatched a plot in 2007 to kidnap and behead a British soldier here at home.

Ironically, the rudimentary attack in Woolwich may be the result of increasing success by British and international security forces against Islamist terror networks and cells set up to execute more sophisticated plots. MI5 has thwarted dozens of serious terrorist
plans here in the UK since 2001. Only last month, 24 people were convicted of terrorism-related offences in British courts. Al-Qaida Central, whose hand was previously behind many attack plans in Britain, has been sent reeling by wave after wave of highly effective US drone strikes in the Pakistan border areas, and are now in virtual survival mode.

Anwar al-Awlaki, an English-speaking al-Qaida leader, was the inspiration behind many recent terror plots in the UK. It is possible that the Woolwich killers were motivated by his exhortations to Muslims everywhere to launch whatever attacks they could with
whatever weapons they had to hand. Though Awlaki’s message continues to resonate among his followers, he was fortunately silenced by a US drone strike in Yemen in September 2011.

There are unfortunately many more Awlakis out there. The continuing threat from Islamist terrorism shows how urgent it is that the government finds ways of shutting down the preachers of hate both here in Britain and on the internet. These mindbenders, who seek out the compliant and the vulnerable, are every bit as culpable as those who wield the knife or plant the bomb at their behest.

We don’t yet know whether Rigby’s murderers were acting alone, but their attack required little planning, no finance, no support network and no special expertise other than merciless bloodlust. With few opportunities to collect intelligence via planning and communications, these are the most difficult terrorist attacks for our security services to prevent.

Yet it seems that both suspects had previously been on MI5’s radar. It is not the first time that the activities of those on the periphery of extremism have been disregarded by the security service, only to emerge in serious terrorist plots. Mohammad Sidique Khan, the leader of the 2005 London suicide attacks, is a case in point. But the police and security service have to prioritise their operations against finite resources. The Woolwich attack raises the question: is increased funding needed to widen their net in an ever-evolving war on terror that has many decades yet to run?