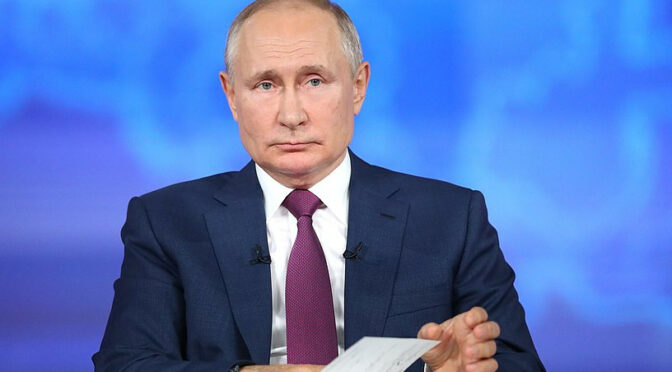 Article published in The Daily Telegraph, 16 May 2022. © Richard Kemp

Russia has given up on attempts to seize Ukraine’s second city, Kharkiv, a major objective since the beginning of Putin’s war. The significance of this moment should not be underestimated, even if we’ve heard it multiple times in recent months: this is a major, embarrassing defeat for Moscow. While early efforts to encircle Kharkiv succeeded, the Russian army failed to turn that advantage into capturing the city, a consequence of its ineptitude and failures elsewhere on the battlefield. Now these forces are withdrawing from around the city to reinforce efforts in the east.

This was not Putin’s plan; indeed it wasn’t even his backup plan. Once the attempts to take Kyiv failed, he wanted to continue assaults against Kharkiv while simultaneously attacking the Donbas. These two efforts were going to be the consolation prize. Yet he has now failed in the former and is behind schedule in the latter. And even if he continues to make steady progress in the Donbas, he will soon need reinforcements, and it is not clear where he will find them in sufficient time.

Ukraine now has the opportunity to redeploy troops from the north of the country to fight in the east. Putin knows this and, it seems, has instructed Belarus president Aleksandr Lukashenko to deploy his own forces close to the border with Ukraine under the guise of military exercises. This directly threatens Kyiv and will have the effect of fixing Ukrainian troops in place for the time being. It is another sign that Russia is increasingly concerned about the balance of forces in Donbas.

Russia is also under pressure from Ukrainian counter-attacks in Kherson in the south, where they have now switched to defence rather than the previously planned offensive, pushing further west in the direction of the major port of Odessa. Despite this, Russia continues to fire missiles at Odessa, a key Black Sea city, although a full-scale assault on it is now looking increasingly unlikely.

The overall picture is thus still complicated, as all wars are, but the theme is clear. Russia is losing, again. It is being either defeated, delayed or pressured on most fronts, and none of its major objectives have been met. Mr Putin is fast running out of time and options: if his latest withdrawal doesn’t generate sufficient combat power to destroy the Ukrainian army in the east then he will be in real trouble. It’s not clear that there is a backup to the backup option.

It all could have been avoided if the Russian president had reckoned with the tenacity of Ukraine’s forces and political leadership, and with the resolve of Britain, the US and other Western countries to keep Ukraine in the fight by supplying munitions, intelligence and finance. But at least he knows now. Moreover, he will understand as well as anyone that military power is ultimately finite; there are only so many times he can make major errors.