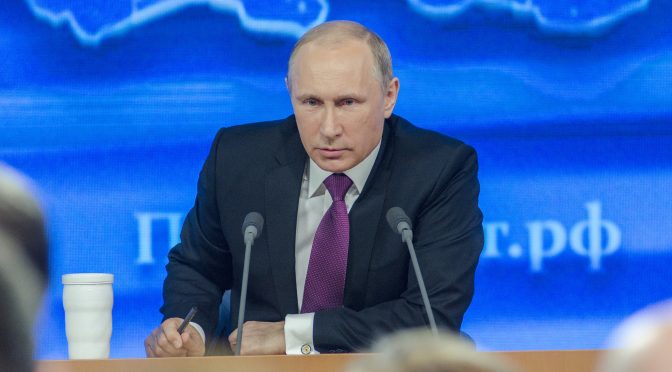 We do not yet know who poisoned Colonel Sergei Skripal in Salisbury. But there are many similarities with the assassination of Alexander Litvinenko on the orders of the Russian government in 2006.

Russian President Vladimir Putin described Skripal and other spies exchanged in a swap with the West as ‘traitors’ who ‘will kick the bucket’.

He said they ‘betrayed their friends; their brothers in arms. Whatever they got in exchange – those 30 pieces of silver – they will choke on them’.

It is Putin’s aggression that must be choked. In 2014 he annexed the Crimea, territory of another sovereign state.

Today he poses such a threat to Nato members in the East that Britain and her allies are compelled to deploy forces to the Baltic states and the Black Sea to deter him.

Russia’s intervention in Syria has kept in power a murderous regime that most Western and Arab governments and the Syrian people want removed.

Russia is also backing Iran, the greatest threat to world peace and the number one state supporter of terrorism.

Whatever you may think of President Trump, unlike his predecessor he is prepared to support his allies and stand up to those who threaten them.

But Britain, Europe and the free world must pull their weight too. Not only by force, but also by diplomacy. President Putin is entering another election, which he is set to win.

Russians are football mad and looking forward to the World Cup.

We should cancel it and relocate to a nation that does not sanction the murder of its citizens overseas, rattle its nukes, support a genocidal war criminal, back ayatollahs who seek to foment conflict across the Middle East, annex sovereign territory and threaten violence against its neighbours.

Such a message to the Russian people and to the president whom they continue to support in droves may be even more powerful and cost less blood than the alternative that is bound to come sooner or later.