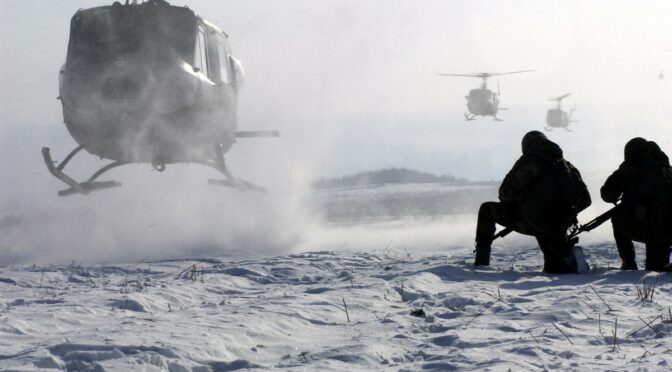 The Russians have long considered ‘General Winter’ to be their trusted ally. Hitler found this to his cost when he invaded the USSR in 1941, having failed to learn from Napoleon’s retreat across the snow-covered steppe in 1812. But in both of these campaigns winter was just one factor. Those who think freezing temperatures in Ukraine will favour Russia now are fundamentally wrong.

For one thing, the Ukrainians are not Germans or Frenchmen. Like the Russians, they are accustomed to snow, ice and plunging temperatures. They know how to live and survive in it, as did the Finns when Stalin invaded in 1939 and was bested by a much smaller army in a freezing war for its territory.

Those who have fought in sub-zero conditions know that winter warfare is as much about fighting off the cold as it is about dodging shells and bullets. Even though both sides in this war are acclimatised, the cold weather will hit them hard as frostbite threatens to cripple and kill. Shivering in a frozen dug-out or abandoned farmhouse with no prospect of respite from the weather can penetrate even the toughest soldier’s mind, and make him turn in on himself. It is then that hypothermia strikes, sometimes fatally.

In such conditions training is all-important, with soldiers taught to look out for each other to spot early signs of deterioration. The Ukrainian troops are better trained and more disciplined than the Russian invaders and therefore better able to cope.

Cold weather clothing keeps soldiers alive and fighting in winter conditions. Ukraine’s men are mostly well-equipped, often with supplies sent in by its allies. The Russians are less so, with reports of newly mobilised soldiers having to find their own coats, hats and sleeping bags to make up for stocks that have disappeared into the black market to line the pockets of their quartermasters.

In all wars and in all seasons, morale is the most important factor in battle, and never more so than in winter. Here the Ukrainians will END_OF_DOCUMENT_TOKEN_TO_BE_REPLACED