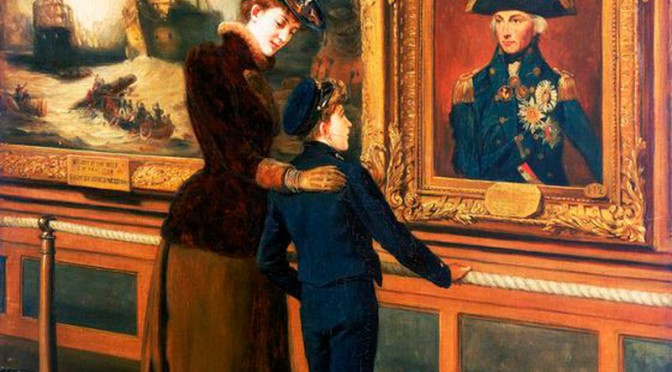 Of course not. The real idea is that military service is some sort of evil. These groups seek to push their anti- military agenda by undermining an important part of the British Army: its contingent of boy soldiers aged 16 to 18.

David Gee, of Forces Watch, says that recruiting under-18s is “a practice from a bygone era”. But it is his ideas, reminiscent of Greenham Common, that are outdated. The report bleats repeatedly that the cost of maintaining the junior entry is double that of adults. But military effectiveness is not an accountancy exercise. Of course it costs more to train junior soldiers — their training is longer and more varied than that of adults. Do the authors wonder why every decent football club has an enormously costly youth academy? If they did, they would know that the investment in young talent today pays off in the hard-fought matches of tomorrow.

So too for the Armed Forces. Given a unique grounding in discipline, leadership, education, team sports and adventurous training, as well as full combat skills, our boy soldiers always punch well above their weight.

In the toughest combat situations I experienced, I relied heavily on former juniors. A disproportionate number rose rapidly through the ranks, many reaching the pinnacle of regimental sergeant major and some going on to become commissioned officers.

One of the most famous British soldiers in recent years, the SAS sergeant Andy McNab, and one of the most decorated military men since the Second World War, Corporal of Horse Mick Flynn, were junior entrants, following in the tradition of Nelson, who joined HMS Raisonnable when he was 12, and 15-year-old Andrew Fitzgibbon who won the Victoria Cross at Taku Forts in 1860.

I commanded the 45 16-year-olds of Talavera Platoon during their training in 1982. Many were from deprived backgrounds and few would have had decent prospects outside the Army. Most became highly regarded soldiers. I remain in touch with some. To a man, they have built on their service, achieving successful civilian careers. If the mean-spirited authors of One Step Forward, had their way, thousands of 16-year-olds would take several steps backward. As would the Army’s combat effectiveness.