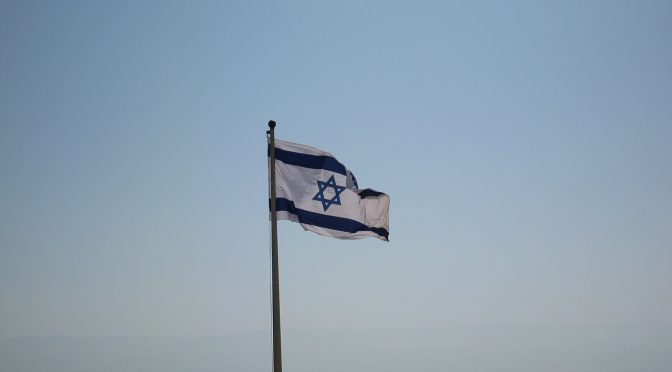 by Richard Kemp and Arsen Ostrovsky

It is factually incorrect to assert that Israel intends to ‘annex’ territory to which it has legitimate claim and that never has been part of a ‘state of Palestine’.

Words matter. They drive narratives. They influence policy. And they shape people’s perceptions.

The current debate over whether Israel’s proposed actions in Judea and Samaria (the West Bank)—in accordance with US President Donald Trump’s ‘peace to prosperity’ plan—amount to ‘annexation’ or the ‘application of sovereignty’ is a prime example.

Much of the international community, NGO world and foreign press, even some in the Jewish community, have been referring to this aspect of the plan as ‘annexation’.

This is partly a function of naiveté and a lack of understanding about what the term ‘annexation’ actually connotes. But there are those who know the distinction—and its implications—very well, and are using it to create a dangerous perception: that Israel has no entitlement to Judea and Samaria, and therefore would be committing some illegal act under international law.

In essence, annexation means one state imposing legal authority over the territory of another state acquired by force or aggression, normally during war.

The Rome Statute of the International Criminal Court defines ‘annexation by the use of force of the territory of another State of part thereof’ as ‘constituting the grave Crime of Aggression’.

Russia’s annexation of Crimea and Turkey’s invasion of Cyprus are prime examples of such cases.

UN Security Council Resolution 242—which, since 1967, when Israel regained control of Judea and Samaria in the Six-Day War, has been a bedrock of negotiations between Israelis and Palestinians—makes explicitly clear the ‘inadmissibility of the acquisition of territory by war’.

The UN Charter also prohibits the annexation of another state’s territory by force.

Those who use the above rulings to argue against Israel’s plan to ‘annex’ parts of Judea and Samaria omit three crucial points, however.

First, all apply to territory acquired by force or in an offensive war. The Six-Day War, in which Israel was compelled to defend itself from neighbouring Arab armies seeking the Jewish state’s destruction, was defensive.

Second, in 1967, there was no ‘state of Palestine,’ nor does such an entity exist today under international law. Therefore, Israel is not, and cannot, be annexing the territory of ‘another state’.

Third, and perhaps most importantly, all of the above negates the Jewish people’s inextricable connection to Judea and Samaria, which is rooted both in historical rights, and in undeniable legal ones.

One hundred years ago in April, after World War I, the allied powers gathered in San Remo, Italy and adopted an unprecedented resolution, for the first time ever entrenching the Jewish people’s pre-existing historical rights to the land as unequivocal legal rights under international law.

The San Remo Resolution, which followed the 1917 Balfour Declaration that called for the establishment in Palestine of a national home for the Jewish people, formed the basis in 1922 of the adoption of the Mandate for Palestine.

The Mandate for Palestine, adopted by the League of Nations, the precursor to the United Nations, recognised the ‘historical connection of the Jewish people with Palestine’ and the ‘grounds for reconstituting their national home in that country’.

Even Article 80 of the UN Charter enshrined the guiding principles of the San Remo Resolution—notwithstanding the dissolution of the Mandate—by holding that ‘nothing in this chapter shall be construed in or of itself to alter in any manner the rights whatsoever of any states or any peoples or the terms of existing international instruments to which Members of the United Nations may respectively be parties’.

Therefore, even after the adoption in 1947 of the UN Partition Plan, and since then with all subsequent UN resolutions, the legal rights granted to the Jewish state at San Remo have been retained.

One may ask, then, how can you annex territory to which you are legally entitled and that which already has been assigned to you?

Indeed, it is factually incorrect to assert that Israel intends to ‘annex’ parts of Judea and Samaria—territory to which it has legitimate claim and that never has been part of a ‘state of Palestine.’

More accurate would be to say that Israel is ‘extending Israeli sovereignty’ or ‘applying Israeli law’ to parts of Judea and Samaria.

This, too, has historical precedent. In 1981, then-Prime Minister Menachem Begin made the decision to apply Israeli law to the Golan Heights—also territory that the Jewish state re-captured during the Six-Day War. At the time, Begin was insistent that the move was not ‘annexation,’ but rather ‘an application of law,’ with the Golan forming ‘an inseparable part of the land [of Israel]’.

One may reasonably argue about the policy merits of Israel’s proposed actions in Judea and Samaria, but to call such actions ‘annexation’ is false.

This week, Israel marks the 53rd anniversary of the Six-Day War. It is high time that the Jewish state correct a long-overdue injustice, and finally apply Israeli sovereignty and law to Judea and Samaria.

Arsen Ostrovsky is an international human rights lawyer who specialises in the Israeli-Palestinian conflict.

Col Richard Kemp CBE is a former commander of British forces in Afghanistan and has commanded British troops in the Balkans, Iraq, Northern Ireland and elsewhere. He is also a former Chairman of the UK’s national crisis management committee, COBRA.

Image by stinne24 from Pixabay