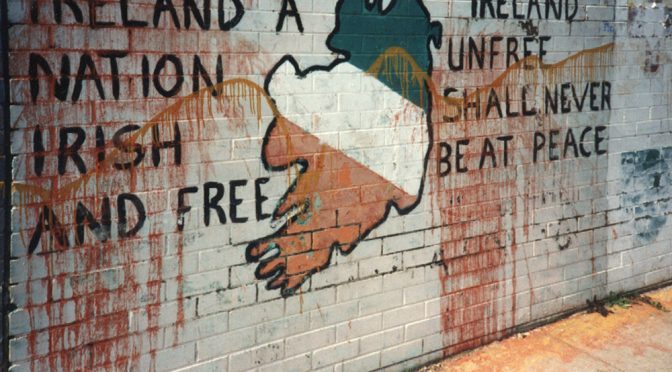 I’m sick of hearing soldiers who fought to protect the citizens of Northern Ireland being compared with terrorists who set out deliberately to murder, maim and intimidate those same citizens.

Our soldiers volunteered to serve their country and were sent to Northern Ireland, often living in filthy, cramped conditions, working round the clock to the point of exhaustion, patrolling day and night through cities, villages and open country, in rain, cold and mud, carrying heavy equipment and all the while facing death and maiming.

Patrolling through the rat-runs of the Divis Flats in Belfast, they had fridges dropped on to them from the walkways above, bins emptied over them, were spat at, cursed and had bags of urine or faeces hurled at them.

That was the easy part.

On patrol in Belfast my friend Private Steve Gill lost both legs, half an arm and an eye in a bomb attack and his mates were blown across the street covered in his blood and gore.

Steve was lucky: a few weeks earlier Nick Peacock, also from our battalion, the 2nd Royal Anglians, was killed by another bomb not far away.

Both little more than boys, they knew the risks they faced yet cheerfully stood between the most deadly terrorists on earth and the defenceless civilians they wanted to murder.

How can there be any comparison between these brave men and the mendacious killers who carefully put together, positioned and set off the Semtex bombs that killed and maimed them and countless others?

Or the gangs who held children hostage while forcing their fathers to drive to a police station and blow it up and themselves with it?

Or the cowards who stuck bombs under the cars of civilians whose only crimes were to fix the drains in security force bases?

Or the thugs who prowled the streets of Londonderry using power drills to disable teenage boys who stepped out of line?

So many of these evil gangsters have been given pardons or let out of jail early when they should be pursued relentlessly for the death and suffering they imposed often for personal financial gain, status or sheer mindless brutality.

Meanwhile, soldiers who served their country rather than tried to destroy it are hounded through the courts, such as 77-year-old Dennis Hutchings, more than 40 years after the government sent him to Northern Ireland.

His is a political prosecution, part of a pattern of witch-hunts enabled by the Government against troops who served in Northern Ireland, Afghanistan and Iraq.

These men who stepped forward to fight and die for the rest of us are being used as bargaining tools by a Government that would rather appease its sworn enemies than defend the men who sacrificed so much to defend us.

As a former infantry soldier I am so outraged by this unprecedented betrayal that I am returning the hard-won Commission awarded to me by the Queen that I have prized for 40 years.