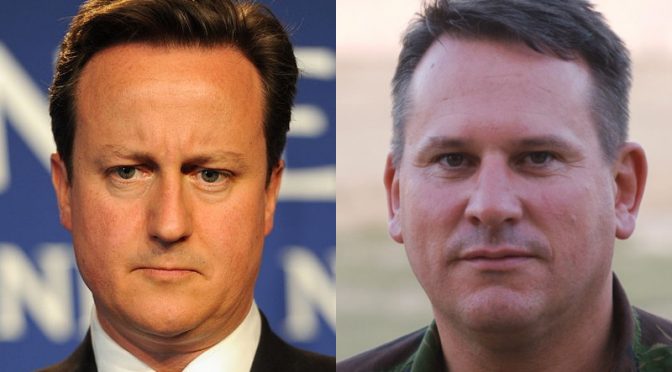 In his most high profile European Union (EU) speech to date, British Prime Minister David Cameron asked yesterday: “Can we be so sure that peace and security on our continent are assured beyond any reasonable doubt?” He need only look around him for an answer to that question.

In recent months both Paris and Brussels have had inflicted upon them the most devastating attacks since the end of the Second World War.

Right wing nationalism is on the rise as failed financial systems cause poverty, despair, and economic collapse and citizens realize they are no longer in control of their destinies. Anti-Semitism, especially by Muslims, is rampant across the continent. Jews are afraid to be publicly identified and are leaving Europe in droves.

Swedish cities are in uproar as they are flooded with immigrants and their citizens subjected to rioting, abuse, violence and rape.

On the EU’s eastern border, Russian intervention in Ukraine has cost more than 8,000 casualties. Despite EU diplomatic action provoking Russia, the EU remains powerless other than contributing to international sanctions with limited effect.

This is not an apocalypse, but it is a foretaste of far worse to come. And it has been brought about mainly by the policies of the EU.

Yet, in words that seem like parody, Mr. Cameron begs us to vote to remain in the EU for our own safety. He cites Blenheim, Trafalgar, Waterloo, and the First and Second World Wars when British heroism saved the continent.

The Duke of Marlborough, Churchill’s ancestor and victor at Blenheim, would certainly have voted for Brexit. His greatest victory was won against Louis XIV’s France when he destroyed the prospect of a European super state.

To compare the battles, campaigns and wars won by Marlborough, Nelson, Wellington, Lloyd-George, Haig, Churchill, and Montgomery with the pusillanimous conduct of the EU leadership is actually beyond parody. These were men of intellect and steel: valiant, determined, resolute, and unyielding.

The British Army suffered its darkest day 100 years ago on 1st July 1916, when 19,000 men were killed and a total of 57,000 became casualties. Yet the Army fought on for two a half more years until the German aggressors were beaten to a standstill and peace restored to the continent.

The leaders of that war, and Mr. Cameron’s other named conflicts, would have been horrified by the moral relativism, weakness, self-doubt and fear that characterises modern Europe.

Feeble political leadership has deterred and discouraged effective law enforcement, allowing mass rape and sex slavery to go unchecked for years. Jihadists have been able to recruit, train, plot and launch violent mass murder against our citizens. Criminals of all types have escaped deportation to avoid infringing their human rights.

The EU failed to prevent the migration crisis that threatens to overwhelm many European cities and the housing, welfare, health, and education services paid for by the hard work of citizens who have been allowed no say.

The EU failed to deploy effective naval forces along the North African coast to prevent illegal immigration across the Mediterranean. Such action, used to great effect by Australia, would not only have prevented the landing of countless unregulated immigrants on our shores but would also have saved thousands of lives and sent a firm message to both immigrants and traffickers.

It was self-doubt and a desire to expunge the sins of the past rather than strong and principled leadership that led Europe’s most powerful politician unilaterally to invite in migrants from the corners of the earth, to transform German cities and to assault and rape German girls. A policy that opened the doors of Europe to hundreds of thousands of economic migrants, including many young men of fighting age who abandoned their families and their countries; and closed the doors to genuine refugees.

Timorous EU countries failed to take military action against Assad’s regime in Syria when he crossed the chemical weapons ‘red line’. Action that could have ended his reign of terror and prevented the intervention of Russia and Iran that has solidified his position and exacerbated the migrant crisis.

Fearful EU members failed even to contemplate setting up protected safe havens in Syria, where millions of beleaguered people could have taken refuge without the need to move to other countries. This would have required boots on the ground but, terrified by experiences in Iraq and Afghanistan, few if any EU states are prepared to countenance that. Physical danger was not their only fear; they were also afraid to act without United Nations authorization, which would have been vetoed by Russia.

Now, bullied and blackmailed by President Erdogan, the EU is now allowing visa free access to Europe for 70 million Turks and is well on the way to admitting Turkey to full EU membership. Not only will this push back the borders of the EU to Iran, Iraq and Syria, but it will also lead to yet another massive population shift in Europe, without consultation further transforming the way of life of its citizens.

This is the peace and security provided by the EU today.

The ‘defiant, brave and indefatigable’ British heroes cited in Mr. Cameron’s speech would not recognise it as that.

But neither would the leaders of the EU comprehend the words of Admiral Lord Nelson when urging vigorous action against the enemy: “The measure may be thought bold, but I am of the opinion the boldest are the safest”.