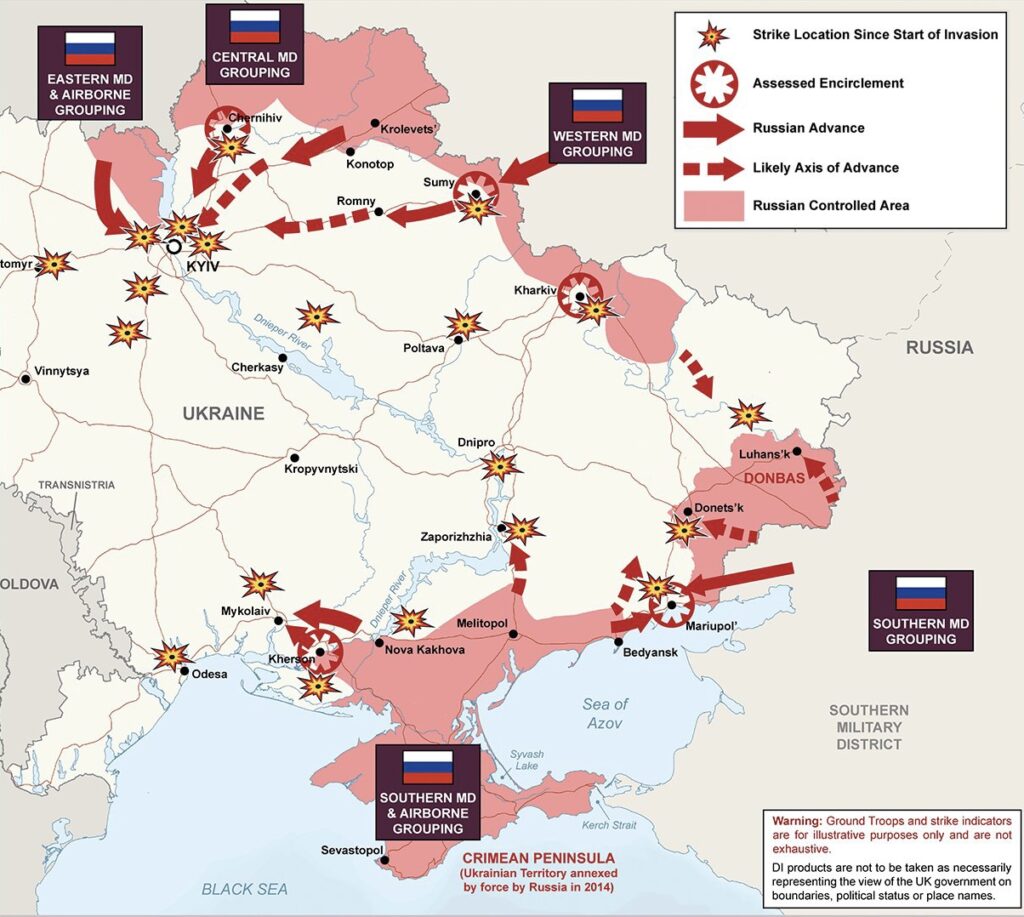 This where the Russian army was on day seven days of Putin’s war of aggression against Ukraine. His troops, tanks, artillery and planes overwhelmingly outnumber Ukraine’s embattled forces. Many experts argue the Russians should have made much greater progress. There have been widespread reports of their men surrendering, planes shot down and tanks knocked out. We can only applaud the heroism of the Ukrainian forces, who have struggled against the Russian steamroller with determination and valour. In war morale is everything and here the Ukrainian troops have the upper hand. These men and women are fighting for their lives, their families and their homes. They will be hard to break. Russian conscripts in many cases have no idea what they are fighting for. The Russians have other problems as well. Defenders fighting from prepared positions are usually thought to have a three-to-one advantage against attackers who must expose themselves to enemy fire in order to gain ground. Advancing speedily over long distances with tracked and wheeled vehicles is also virtually impossible in this terrain. There are few roads outside the cities and with a warmer than usual winter it’s easy to get bogged in if you try to manoeuvre across country, even in tanks. Provision of ammunition, fuel and rations is also fraught with difficulty for an attacking force, with supply columns often struggling to keep up with the fighting troops. We can only hope the Ukrainians are able to withstand the intensifying Russian onslaught but, despite the advantages of the defender, the odds are strongly against them.