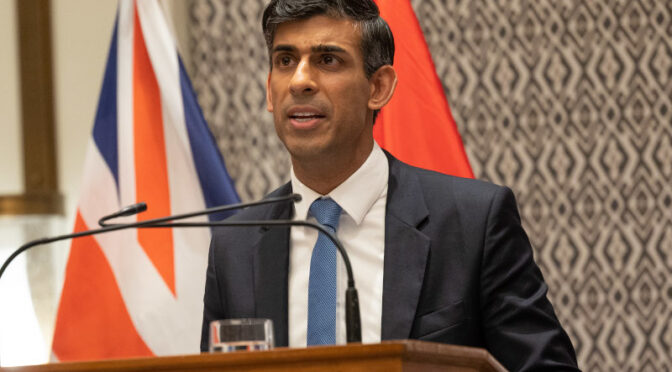 Margaret Thatcher understood the need to keep bean-counters away from military strategy, which is why she banned her chancellor from attending the war cabinet during the Falklands conflict. Now there is concern that Rishi Sunak is doing the opposite, defaulting to the investment banker’s mentality by reportedly ordering a data-driven review of British military assistance to Ukraine.

There are suspicions that his purpose is to save money despite government protestations that the review seeks to ensure we are providing the best possible assistance. The truth is that this cannot be done by Whitehall cost-benefit analysis, but only by our military commanders deciding what is needed and how it can best be supplied through close liaison with Ukrainian generals and international partners. A review at this time, whatever its findings, can only hamper that vital work as the officers directly involved have their efforts diverted into feeding into civil service analysts.

This is war by spreadsheet. What can the calculation be? Square miles of territory taken back, tanks knocked out or Russians in body bags per pound spent? Conducting reviews while this conflict rages constrains what should be the only goal: to give Zelensky the men, machines and munitions he needs to overcome the enemy.

The Prime Minister told an audience in Estonia this week: ‘Putin is realising that he cannot win on the battlefield.’ That may be good rhetoric but it is not reality. If such thinking lies behind his urge to review British support, his generals need to disabuse him by explaining that Ukraine can still lose this war and will do so if Western support is in any way diminished. In fact, significantly greater resources from Britain and the West are needed now, for Russia is intensifying its war on Ukrainian cities and Zelensky faces a major offensive from Putin’s newly-mobilised forces.

Britain has played the leading international role in defending Ukraine against Russia from the very beginning of the invasion. Any sign of hesitancy in Downing Street now could undermine the entire Western effort to keep Ukraine fighting, especially among European countries that are even more concerned about the economic costs to themselves. The knock-on effect of weakening knees in Europe is to give ammunition to the growing opposition to the war in the US.

The Prime Minister seems serious about ensuring that Ukraine wins the war. But to achieve that, he would do better to put his spreadsheet through the shredder and make sure the Treasury sticks to writing the cheques the Defence Secretary needs, as well as figuring out ever more effective ways of depriving Putin of the finances that fuel his aggression.