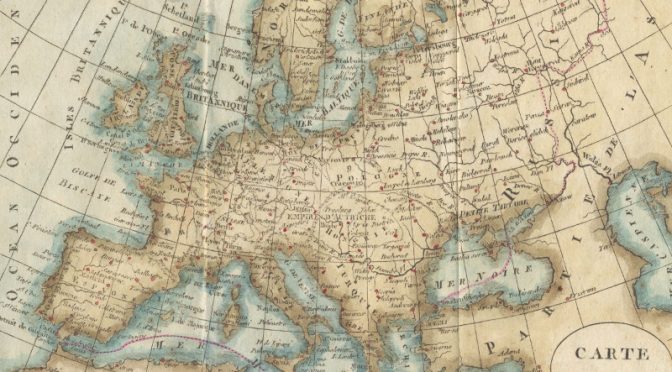 Article published in The Daily Telegraph, 9 May 2016. © Richard Kemp

David Cameron says Brexit could lead to continental war. Former Nato secretaries general suggest the EU is a “key partner” for the defence organisation. But in the future, the opposite will be true, for this simple reason. A vote to remain would embolden Brussels in the goal of ever-closer union. This will include a European army, enshrined in the EU project through the Maastricht and Lisbon treaties. And an EU army would undermine deterrence and cripple Nato, weakening European defences when we face increasing threats from Russia, the Middle East and radical Islam.

A German defence white paper, leaked last week but supposed to be kept under wraps until after the referendum, leaves no doubt of Germany’s intention to drive through the merger of Europe’s armed forces “and embark on permanent cooperation under common structures”. Germany has begun to combine substantial elements of the Dutch forces with their own.

A centralised army is an indispensable component of the superstate to which the EU is openly committed. It would also provide an excuse for struggling economies to slash defence budgets. Few nations take defence seriously enough to spend even the 2 per cent of GDP required by Nato, a shortcoming criticised by President Obama in Germany last month. An EU army will see these nations cut back even further, cynically pretending that defences are strengthened even as forces and capabilities are merged and downsized.

Funds will be diverted from Nato combat forces as the EU army lavishes cash on costly new command structures, including a surfeit of generals with expensive headquarters. Indeed, reducing the influence of Nato and the US is the aim for several EU members, especially France and Germany. And if we undercut Nato, that aim will succeed, leading to US retrenchment.

Obama’s pivot to Asia has shifted American foreign policy focus from Europe and the Middle East, tempered only by recent developments in Ukraine. The next president, especially if it is Hillary Clinton, is unlikely to pivot back. Donald Trump makes no secret of his impatience with Nato and concern about the extent of America’s budgetary contributions set against Europe’s failure to pull its weight – a widely held US position.

As well as depleted strength and capability, the aggregated European forces will be emasculated by a lack of political will. After Iraq and Afghanistan the West is paralysed, with governments terrified of committing ground forces to any conflict. An EU command structure, fraught with divergent and opposing policy agendas, will turn paralysis into rigor mortis. Look at the EU’s long track record of vacillation, timidity and inaction on the Balkans, Ukraine, Syria, Libya, the immigration crisis and the Islamic State.

None of our enemies is going to take an EU army seriously. Its creation would undermine one of the most critical virtues of a strong and credible defence: deterring an aggressor from action they might be forced to regret.

Those who argue that the UK could veto an EU army, or that the UK would simply not participate, are naive or disingenuous. The Machiavellian EU bureaucracy knows better than to take this project forward under a mechanism that could be derailed. No matter what politicians say now, it is certain that British Armed Forces would become part of an EU army. Mr Cameron’s dire warnings of war if we leave reinforce that.

It is increasingly clear that the leaders of all main parties believe staying inside the EU is the only way for Britain to prosper. If the benefits of economic, political and legal union are so great, then it must follow, to politicians who argue that Britain can never again fight alone, that military union has the same advantages.

It will be denied that our forces will be handed over to the Brussels high command. But remember it was never explained to the British people that our Parliament would be subordinated to a union that today hands down over half our laws, regulates our day-to-day activities, and can override the highest courts in the land.