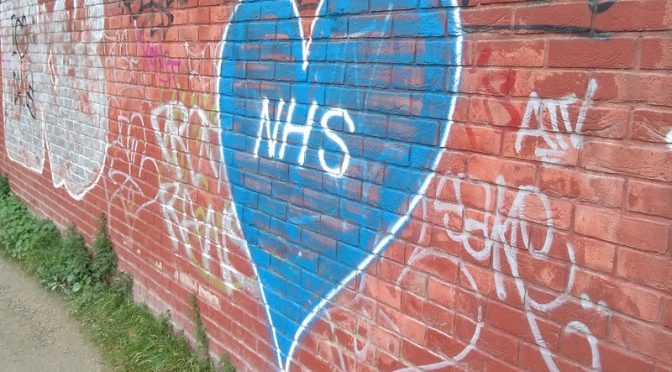 A version of this article was published in The Daily Mirror on 31st March 2020. © Richard Kemp

In 2008-2009 I led a campaign in the Mirror that resulted in the creation of the Elizabeth Cross to recognise the sacrifice of members of the armed forces killed in war. We called that campaign Honour the Brave. At the front-line of the war we are fighting now are not soldiers but health workers and we should also honour their unquestionable bravery.

The war against Coronavirus is very different to military combat but there are striking similarities. As in battle, those on the front-line today are willing to sacrifice themselves for others, risking their own health and even their lives. In Britain, two doctors have died of Coronavirus and in Italy the number has soared to 50.

Risks increase when soldiers aren’t issued adequate protective equipment. When we went into Iraq in 2003 there weren’t enough bullet-proof ceramic plates to go round for body armour. In Afghanistan and Iraq troops had to use Snatch Land Rovers, described as ‘mobile coffins’. Yet they fought on. Today, often lacking proper masks, gowns and gloves, our doctors and nurses continue with their fight.

In Northern Ireland there were never enough troops, and they often worked round the clock with little sleep. Today many NHS nurses and paramedics work 13 hour shifts and volunteer for more. Such is the dedication of NHS doctors and surgeons whose normal work is suspended, some have been volunteering for shifts as nurses.

When insufficient troops are available, volunteers come forward from the reserves including many who have retired from service. Like the rush to the colours in both world wars by school pupils and university students, young medical students have been volunteering in large numbers to work as porters. Already 20,000 former NHS staff have returned to fight Coronavirus. What could be more humbling?

In war, leading from the front and by example is everything. I was tested early in the Coronavirus crisis by the hospital matron herself. I asked why she was doing this rather than a more junior nurse. Her reply: ‘I would never ask my staff to do something I won’t do myself.’

During our Elizabeth Cross campaign some people understandably questioned whether money should be spent on medals rather than better health care for wounded soldiers. NHS staff, especially nurses, cleaners and other ancillary staff, are notoriously underpaid and medals won’t put food on the table. This crisis has driven home how vital and dedicated they are, and they must now be better paid. But medals are not expensive and those at the front-line of this fight also deserve formal recognition for their selflessness and courage.

Yesterday in this paper young paramedic Cam Williams said: ‘People are dying from this disease daily. We go to work every day with the fear that one of us might not come home.’ Nobody could be unmoved by such heroism.