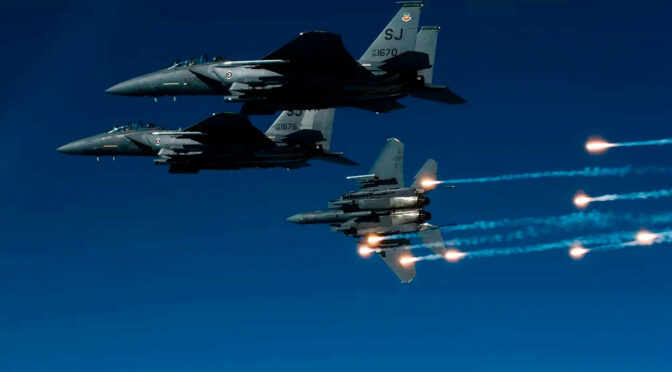 Several months ago, the supply of combat planes to Ukraine seemed a step too far. A decision to provide Polish MiGs at the beginning of the conflict was vetoed by President Biden amid fears of provoking Russia. Today, however, this is not only a much safer option but a no-brainer. We should give them combat planes as soon as possible.

Almost our entire effort until now has been sending equipment for the ground campaign, such as Himars rockets, fighting vehicles and precision munitions as well as planning support and target intelligence. These have been incredibly effective, but as every military professional knows, modern warfare is about joint operations – land, sea and air. It is from the air that Russia has been doing the greatest damage to Ukraine in recent weeks, using air-launched cruise missiles and Iranian-supplied kamikaze drones to destroy 30 per cent of Ukraine’s energy infrastructure in the last month, irreplaceable in the medium term.

This air campaign has a simple goal: to destroy as much of Ukraine as possible, in keeping with the principles of Putin’s new commander, General Sergei Surovikin, who deployed similar tactics in Syria. In response, we have pledged to donate hundreds of new air defence systems. But again, this only amounts to a partial answer to a threat that cannot be properly countered without additional and more sophisticated combat planes. As the respected think tank the Royal United Services Institute (RUSI) has suggested, modern Nato jets, such as US F-16s, could make an enormous difference in the Ukrainians’ favour.

One of the excuses used by the Americans to scupper the Polish MiGs deal was that it would take too long to train pilots for a war that many believed would end in a few weeks. Today we hear a new set of objections, on the grounds that while fighter jets may help Ukrainians in the short term, it could provoke a disastrous Russian escalation in the longer term, thus backfiring on the West. Frankly, this is a strange line of thinking. We have already transferred a very large number of deadly weapons to Kyiv without provoking a devastating response.

Nevertheless, training and maintenance do remain critical limitations. While some Ukrainian pilots are already being trained on the F-16, it would still take several months to ready sufficient crews and to install maintenance facilities. One problem is that many pilots are flying combat missions now so cannot be released for conversion to new planes. But this war is not going to be over by Christmas – it could grind on for many more months if not years. Instead of recycling the time lag excuse from last March, Western governments should adopt Churchill’s mantra of ‘action this day’ and think creatively about overcoming the problem, for example by foreign pilots flying some of the Ukrainian planes, backed up by contract maintenance crews.

Some argue that US attack drones would be a better option and they should certainly be in the mix, but these are more vulnerable to Russia’s highly capable air artillery systems. Others have suggested imposing a no-fly zone over Ukraine, an idea first aired and rejected back in March. That would be part of the proposal for a US-led non-Nato ‘coalition of the willing’ to directly intervene in the conflict, recently floated by retired US General David Petraeus.

These proposals reflect current Pentagon concerns about the impending danger of a major Russian offensive, with 82,000 newly mobilised reservists now reported to be in Ukraine and many more in the pipeline. Whether or not Petraeus’s proposal comes to fruition, it is a recognition that, despite some spectacular successes by Ukrainian forces, this war is far from over and might still be lost.

New combat planes could make the difference between victory and defeat for Ukraine, and by extension for Nato.