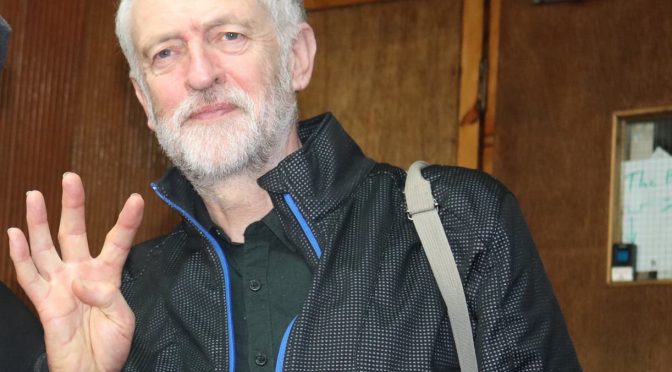 Imagine being the policeman who pulls the trigger in the grainy video of the attack at London Bridge on Friday. A man stabbed several people but is being constrained by passers-by and police. You think maybe he can be stopped with non-lethal force, always the priority. Then you see his suicide vest. The lives of all the people around him are suddenly in your hands. You have a split second to decide on life or death on the streets of the capital. As you aim and squeeze you have to know you will be supported — from the very top.

The most effective way to deal with a suicide bomber is shoot him in the head, stopping his brain to prevent him pressing the switch that detonates his explosives. I devised and implemented these procedures for British forces when they first met this specific threat, at around the time the police introduced Operation Kratos, their equivalent. It is a shoot-to-kill policy.

Jeremy Corbyn described the killing of the architect of history’s most devastating suicide attack, Osama Bin Laden, as ‘a tragedy’. He has equivocated over the elimination of Islamic State leader al Baghdadi, implying he could have been arrested rather than killed by US special forces.

He expressed the same reservations over the killing of British Islamic State jihadists Mohammed Emwazi and Sally-Anne Jones who he said should have been arrested rather than killed.

All this betrays his prioritisation of the human rights of our enemies above those of their innocent victims. It shows dangerous naivety in a man who wants to take over responsibility for national security.

Throughout his political career, Corbyn has opposed counter-terror legislation. He has previously refused to condemn IRA terrorists and he has referred to the proscribed groups Hamas and Hizballah as “friends”.

He is not alone. According to his home affairs spokesman Diane Abbott, speaking in 1984 about the Northern Ireland terrorist campaign, Ireland ‘is our struggle — every defeat of the British state is a victory for us’. Both she and Shadow Chancellor John McDonnell have called for the disbandment of MI5, the security agency that has prevented many terrorist attacks here.

It is convenient for them to claim now, during an election campaign, that such views are in the past, but everything we see and hear of Corbyn and his lieutenants suggests nothing has changed in their intrinsic opposition to British security forces and policies and their sympathies for our enemies.

Only two days ago, After Khan’s rampage, while Boris Johnson proposed a tightening of legal action against terrorists, Corbyn refused to rule out continuation of the early release policy that led directly to the deaths of Jack Merritt and Saskia Jones on London Bridge. He has rejected prosecution of Islamic State supporters and called for the return to the UK of jihadists, including Shamima Begum, whom the Home Secretary says poses a continuing threat.

Corbyn’s approach to terrorism represents his wider views on defence and security. He is a life-long opponent of NATO and a staunch CND supporter. During the 2017 election campaign he virtually excluded ordering the use of the nuclear deterrent if he became PM. He says Labour would ‘actively lead multilateral efforts’ to disarm NATO of its nuclear weapons.

In recent days he has indicated his hostility to close ties with America. Among many dire implications, this move would damage our intelligence relationship with the US, so vital for the protection of our citizens. I have spoken to members of the US intelligence services who confirm plans are already in place to restrict sharing of material for the duration of a Corbyn government.

I have been responsible for briefing prime ministers on terrorist threats, including in situations of immediate danger where clear, decisive thinking is essential. I have no doubt that if he became prime minister, Jeremy Corbyn’s warped and morally questionable judgement would endanger our security and the lives of our citizens.