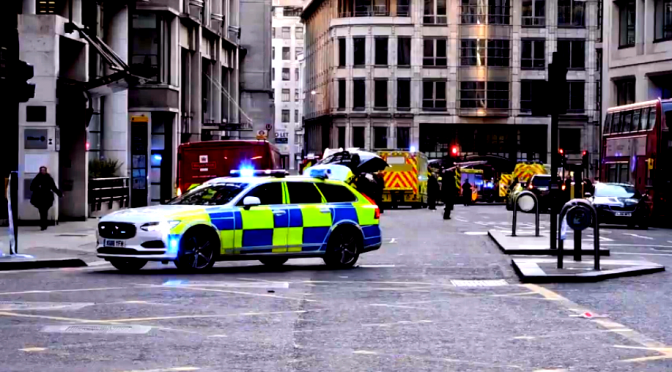 Two innocent people are dead because of the Government’s refusal to confront the threat Britain faces from Islamic jihad.

The chilling reality is that we are trying to deal with people who are fighting a war against us, using a criminal justice system designed for ordinary crime.

Since 9/11 it has been obvious we have faced a new and different challenge.

The Americans quickly recognised this and opened Guantanamo Bay as a form of PoW camp.

Meanwhile, the UK Government has kept its head in the sand.

MI5 claim there are 23,000 jihadists here who are of concern.

We must ban anyone who has fought jihad overseas from returning.

We must deport any non-British citizen suspected of involvement or support for terrorism.

We must devise a method of judicial administrative detention to imprison those who cannot be deported or properly convicted through the normal legal processes.

In short, we must fight fire with fire.