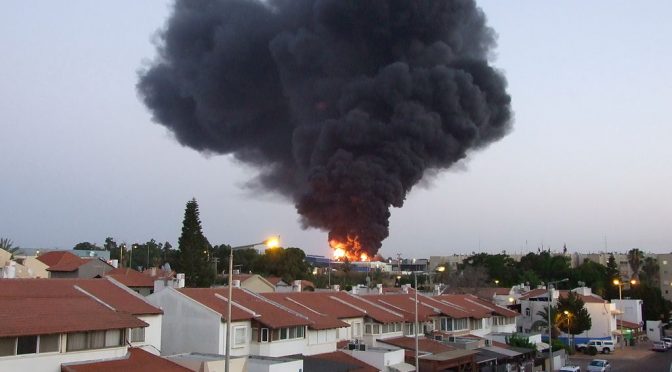 I was in Israel throughout Operation Protective Edge in Gaza in 2014 and monitored the campaign as closely as someone outside the official machinery could do. Having been involved in the direction of conflict from the top level of government down to command on the ground in Afghanistan, Iraq, the Balkans and Northern Ireland, I believe this highly complex and demanding operation, fought under an intensely critical international spotlight, was conducted effectively and with the best possible outcome.

To argue that the war could have been avoided is to simply ignore the diplomatic and political efforts made over several years to do just that, not only by the Israeli government and its ambassadors but also by supporters around the world, including the Friends of Israel Initiative of which I am a member. It is to ignore the actions of international governments and organizations like the UN and EU that encouraged terrorist acts against Israel and still do. And it is to ignore the malign intransigence and motivations of Hamas itself and its supporters such as Iran, which are hell-bent on the destruction of the Jewish state.

Of course errors were made, as they always are in war. Winston Churchill himself readily admitted making many mistakes in the prosecution of World War II. But to a large extent due to his courage, judgement and leadership, Britain and its allies ultimately defeated their enemies in the most lethal conflagration mankind has ever known.

The ultimate outcome, not the inevitable mistakes along the way, is the true measure of any armed conflict and it is the true measure of this Gaza war. Prime Minister Benjamin Netanyahu’s objective was not the total defeat of Hamas, but to inflict sufficient damage to force a cessation of hostilities and deter further aggression as far into the future as possible.

Netanyahu was recently observed reading John David Lewis’s book Nothing Less than Victory, which argues that the goal of war is to defeat the enemy’s will to fight. He achieved that in Gaza in 2014. In the two and a half years since then, there has been a level of quiet and stability from Hamas unprecedented since Israel’s withdrawal from the Gaza Strip in 2005.

It is suggested that the objective of this campaign should have been the annihilation of Hamas. Without doubt the IDF could have achieved that, but it would have been a catastrophic decision for the State of Israel. Had Israel destroyed Hamas, the IDF would have been left in control of the Gaza Strip and its reconstruction and it would still be in control today. No other nation or international body would have taken it on or even made a significant contribution. Vast military resources would have been tied up there, resources needed for a range of other serious threats facing Israel, including Iran, Hezbollah and the Islamic State.

A campaign to completely destroy Hamas would have seen the war drag on, with reservists mobilized for weeks longer, more IDF soldiers coming home in body bags and many more Palestinian civilian casualties.

Imagine the international outcry and the vilification of Israel that would have followed. Today Israel is widening its diplomatic and economic horizons as never before. In recent weeks the prime minister has visited four African countries, the US, Britain, Kazakhstan, Azerbaijan, Australia and Singapore. Soon he is travelling to China and Russia. Every week, world leaders visit Jerusalem seeking to deepen investment in the country.

Had Israel gone on to destroy Hamas and occupy Gaza there would have been none of that. Israel would be isolated internationally, the economy would have retarded and tourism would have collapsed.

There has been strong criticism of the extent to which the Israeli cabinet was brought into military decision-making and briefed on intelligence. David Lloyd George, Churchill and Margaret Thatcher, three of the most successful war leaders in any democracy, each managed their conflicts through a small and tight group of advisers.

They understood that if one more person than is strictly necessary is brought in on war planning there is delay, confusion, indecision and an increased risk that sensitive intelligence will be leaked. In war this causes unnecessary loss of life and hands an advantage to the enemy.

This is even more acute in the 21st century, with a combination of cultural change, greater media irresponsibility and technological development increasing the risk of leaks. Had Netanyahu widened the circle of knowledge and decision making beyond the closed circle of defense minister, IDF chief of staff, national security adviser and the heads of the intelligence agencies, more Israeli soldiers would have likely been killed and wounded and the success of the operation would have been undermined.

In arguing that the campaign was unnecessarily protracted, the Comptroller does not seem to have properly understood either the humanitarian or international dimensions. The campaign on the ground and in the air could have been more brutal and intensive, with objectives gained and enemy forces destroyed faster and more decisively. But the consequences would have been many more Palestinian civilian casualties, higher risk of violating the laws of war and even greater world condemnation.

The fighting was also extended due to the IDF accepting cease-fire requests and allowing pauses in hostilities for humanitarian purposes. Above all, the pressure for talks by the US and the UN – outside Israel’s control – gave Hamas an incentive to continue fighting, thus drawing out the conflict.

As a former British soldier, I lament the loss of my Israeli comrades in arms, several of whom I met personally before they were killed. Undoubtedly, as the comptroller argues, some of these deaths were avoidable. Chaos is the nature of war and death the hard truth of every conflict I have been involved in or studied. Every soldier knows that the only way to avoid casualties in war is to lay down your arms and run up the white flag.

Churchill said ‘all men make mistakes, but only wise men learn from their mistakes’. I have read the Israeli government’s review of this conflict, produced over a year ago. Few if any other countries have conducted more detailed, comprehensive or self-critical analyses of the wars they have fought. I know also the rigour with which these lessons have been studied and applied.

To mistakenly criticize those who planned, led and fought this gruelling war of necessity on the basis of what is obviously a partial understanding of the nature of conflict undermines rather than enhances the country’s ability to defend itself the next time it has to send forces into battle.