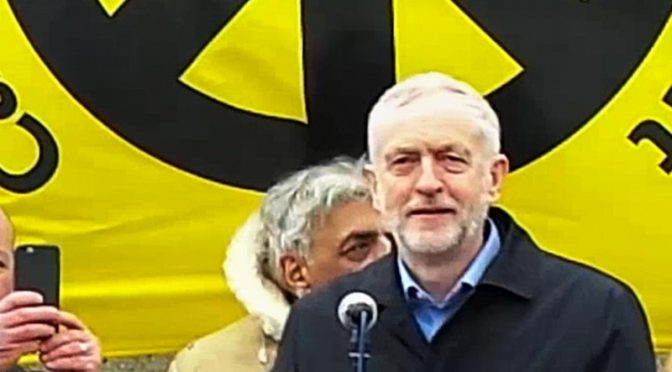 British troops risk and often sacrifice their lives for our freedom, yet Jeremy Corbyn, who despises all that they stand for, seeks to undermine the security that they provide (“Corbyn riles veterans by supporting abuse inquiry”, Sep 26). The peddling of merchandise mocking the service of soldiers at a fringe event at the party conference illustrates just how much contempt the Labour Party under his leadership has for service personnel.

Labour should be sticking up for our fighting men, demanding that the government ends the legal witch-hunt against them that has no precedent in history. Instead Mr Corbyn bays for their blood, calls for further cuts to the already threadbare forces and opposes the protection of our citizens by a necessary expansion of MI6. Tony Blair, who has rightly called for an end to the persecution of our troops, referred to Britain’s armed forces when prime minister as “the bravest and the best”. They are, and they require the unwavering support and respect of both government and opposition.

Commander of British forces in Afghanistan in 2003, London SW1