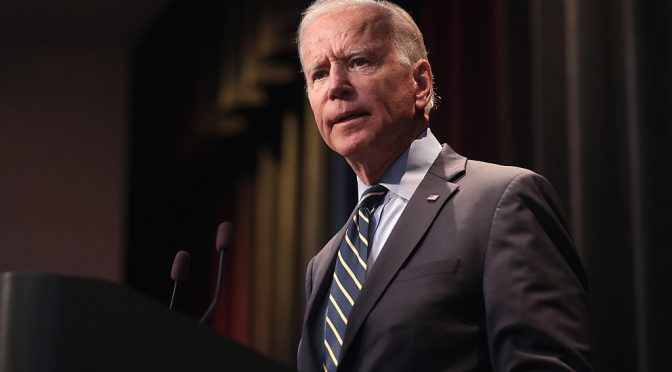 Only one month ago President Biden denied the Taliban would be able to take over Afghanistan after US withdrawal. With breathtaking naivety, he claimed their combat power was not even close to that of the Afghan military and the Kabul government was capable of holding the country. Since then the Taliban have seized huge swathes of territory and swept into 16 provincial capitals, with the Afghan security forces collapsing before them.

Taken by surprise, thousands of US troops have re-entered the country to enable American citizens to escape. On Thursday a humiliated US government was pleading for the Taliban to spare their embassy, evoking scenes from Saigon in 1975 when US forces helicoptered staff from the roof of the besieged embassy there. Revising only days-old estimates that Kabul might fall within three months, US intelligence officials are now — perhaps optimistically — giving it just 30 days.

This debacle is set to become an indelible stain on Biden’s presidency. Not only is America’s standing in the world profoundly diminished, Biden’s unconditional withdrawal has also undermined the entire credibility of NATO, including British forces, which had no choice but to follow the US out. Not least among the consequences will be the strengthening of jihadists everywhere, exactly what the 2001 intervention aimed to prevent.

Biden said in July that the future of Afghanistan would be in the hands of other countries in the region. That makes matters far worse. Pakistan created the Taliban and armed and funded the 20-year campaign against Western and Afghan forces that has taken it to the gates of Kabul. Reportedly Pakistan has been sending militias to fight alongside the Taliban in their assault on Afghan cities. Likewise, China, Iran and Russia have all been supporting the Taliban for years and will soon be cashing in to pillage resources and exploit strategic leverage against the West. India, the only regional player that could have a constructive role, will be firmly excluded by Pakistan and China.

Biden claimed he was pulling out of Afghanistan to confront Russia and China. His catastrophic decision will undermine any such efforts. Beijing and Moscow will be emboldened by this show of American weakness, and countries we had hoped to entice into the Western sphere and away from authoritarian regimes will see us as fairweather allies and the authoritarians as more dependable partners.

It took the US over 15 years, until the 1991 Gulf war, to recover from the ignominy of Vietnam yet the outcome there was not as catastrophic as Afghanistan promises to be. The anniversary of 9/11 — and Biden’s legacy — are set to be marked by US strategic defeat, the rape of Afghanistan and the rise of global jihadists to at least equal the threat from Islamic State at its height.