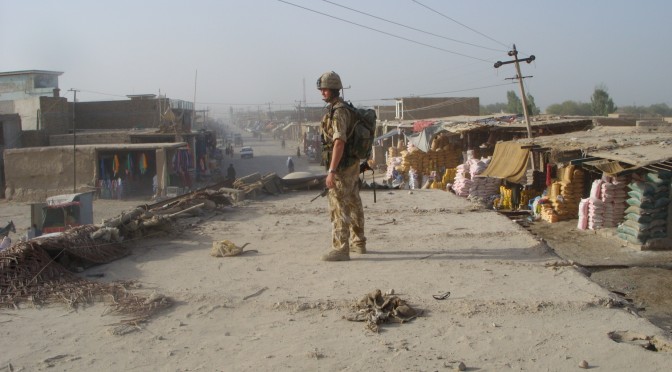 Over 50 per cent of Afghanistan is now controlled or violently contested by the Taliban, down from about three quarters before US-led forces threw them out of power after 9/11. Despite the country’s army and police being strengthened by two decades of international training and investment, it is hard to see how the Islamist militants can be prevented from regaining their 2001 position now that Joe Biden has announced the withdrawal of all US forces by September this year.

The Trump administration planned to pull out all US forces four months earlier, subject to conditions including a significant reduction of violence, meaningful negotiations between the Taliban and the Afghan government, the breaking of Taliban relations with Al-Qaida and an undertaking not to allow Afghanistan to be used as a base to attack the West. Predictably, none have been met. But that will not affect Biden’s plan which is based not on conditions but an arbitrary date.

We should now be prepared for a civil war even bloodier than anything witnessed so far and the downfall of the democratic government in Kabul. As well as an incessant campaign of violence against women, girls’ schools and anyone transgressing strict sharia laws in the distant provinces, the Taliban have been waging a vicious purge in Kabul and other cities against leaders of the more progressive civil society that has emerged since 2001. Targets for assassination include politicians, judges, lawyers, human rights worker, teachers, university lecturers and journalists: anyone who might lead or influence opposition to a return to fundamentalist rule.

More than 450 British troops have been killed and thousands more maimed in Afghanistan since 2001. As well as fighting the Taliban and other insurgents, our soldiers have been heavily engaged in supporting the Afghan security forces. More than 70,000 of their number have been killed, including nearly 10,000 since the ‘agreement for bringing peace’ was signed between the US and the Taliban in Doha last year.

It is difficult to see total withdrawal of US and other coalition forces as anything but a betrayal of all those that sacrificed so much. High on the Taliban hit list will be Afghans that assisted our troops, in particular the thousands of local interpreters who played such a key role and helped save many lives. One of my own teenage interpreters in Kabul in 2003 is today a general in the Afghan National Army and I dread to think what his fate might be if the Taliban take over.

Iran, meanwhile, is manoeuvring to play a major role in the future of Afghanistan. Despite previously opposing the Taliban, Tehran later helped fund and train their fighters and provided them with safe haven across the border. Iranian weapons, including surface to air missiles, were used to murder many British, American and Afghan troops. Iran’s Islamic Revolutionary Guards Corps has been involved in terrorism and intelligence operations against the government of Afghanistan, reportedly including assassination attempts.

Following the Doha accords, the Trump administration warned the Taliban to sever relations with Iran. Since then cooperation has increased, including a delegation to Tehran in January. Iran’s use of terrorist proxies in many countries is well known and, anticipating the return of the Taliban after US withdrawal, Tehran sees them as a vital instrument of control. Desperate for the US to return to the 2015 nuclear deal and the removal of sanctions, the ayatollahs consider their connections with the Taliban as a means of increasing leverage against the Americans in the current negotiations.

Are we witnessing a replay of President Obama’s disastrous strategic decision in 2011, withdrawing all US forces from Iraq? Like Biden in Afghanistan, he did so without conditions and against an arbitrary deadline. That led directly to the rise of the Islamic State with untold death and destruction across the region and the world. It also enabled an increase in Iran’s malignant influence in Iraq, and the use of Iraqi territory for regional aggression. Amid mounting violence, three years later Obama was forced to again commit US forces to the country he had precipitately abandoned.