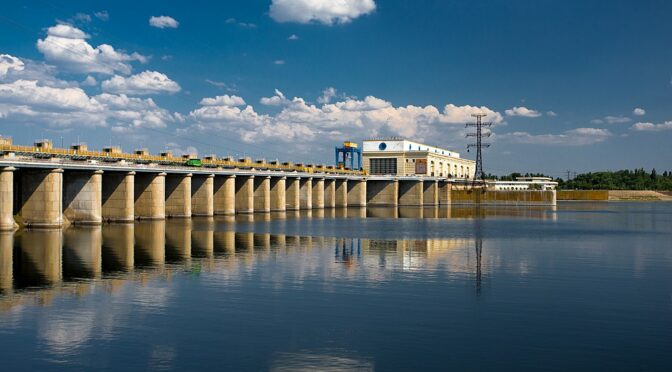 Killing thousands of people and unleashing untold environmental damage by blowing up a hydroelectric dam is unlikely to give the slightest pause to Russia’s new supreme commander in Ukraine, General Sergei Surovikin, if he thinks it will bring him military advantage. President Zelensky has suggested that is exactly what Surovikin has in mind to counter a potential Ukrainian breakthrough that threatens defeat for Russia around Kherson.

Immediately after taking overall command of Putin’s special military operation this month, Surovikin launched wave after wave of indiscriminate rocket and drone attacks against Kiev and other cities, bringing to Ukraine the merciless tactics he used to subjugate opposition in Syria, bombing homes, schools and hospitals.

Known also for his butchery in Afghanistan and Chechnya, Surovikin now faces his greatest challenge: putting an end to Russia’s humiliation in Ukraine. In an unusual admission for a Russian commander he has said ‘the situation is tense’ in the south, ominously adding: ‘we will not exclude taking the most difficult decisions’.

One of those decisions will be on the Kherson front which holds the key to defending Crimea. For weeks the Ukrainian army has been pressing attacks against Russian troops on the west bank of the River Dnieper, some of which have been repelled. Surovikin also faces huge difficulties keeping an over-stretched Kherson defence force stocked with ammunition, fuel and combat equipment, partly due to the damage inflicted earlier this month on the Kerch bridge from Russia to Crimea, a major supply artery.

If Surovikin decides he cannot hold Kherson city, he may order a withdrawal to the east of the river and, as well as evacuating civilians, there is evidence that Russia has already begun pulling back military equipment and troops rather than risk the significant losses sustained in the north east of the country. If Ukrainian forces do break through there, one option would be to blow up the dam of the Kakhovka hydroelectric power plant, flooding vast areas along the Dnieper to slow the advance. Zelensky says Russian forces have already prepared the dam for demolition by attaching powerful explosive charges.

The Kakhovka dam holds more than 18 million cubic metres of water. If destroyed it would hurl an all-engulfing wall of water into 80 towns and villages along the Dnieper, including Kherson city with a pre-war population of 284,000, drowning thousands, creating a deluge of refugees, depriving the whole of southern Ukraine of its water supply, dangerously cutting off cooling water to the Zaporizhzhya nuclear plant and creating severe power outages for hundreds of thousands of people.

The prospects for Surovikin ordering such a cataclysm, even though it would devastate newly-annexed Russian territory, are high. Many Russian hard-liners see him as the last hope for their failing war and his record shows him to be a man who will stop at nothing to achieve his mission, however costly in human life. History also gives an insight into the Russian military mindset, even decades on. In 1941 Soviet commanders destroyed the Zaporizhzhya hydroelectric dam, also on the Dnieper, to slow the Nazi advance and in the process drowned up to 100,000 people. They knew it would have virtually no effect on the Germans, but were afraid of Stalin’s reaction if they did not blow it up.

The US has warned Russia of the devastating consequences of using nuclear weapons and the UN dispatched a team of experts to inspect the Zaporizhzhya nuclear plant amid fears that shelling could create a radiological catastrophe perhaps greater than Chernobyl. Blowing up the Kakhovka dam would be no less a weapon of mass destruction and its effects could be even more disastrous than a tactical nuclear bomb, a chemical strike or radiological fallout from a nuclear plant.

Not for nothing have environmentalists likened its effects to sending an ‘atomic bomb’ of water crashing through villages and towns. With this dreadful prospect perhaps imminent, Nato must be clearer where its red lines are, or rue the consequences of this war becoming more barbaric by the day.