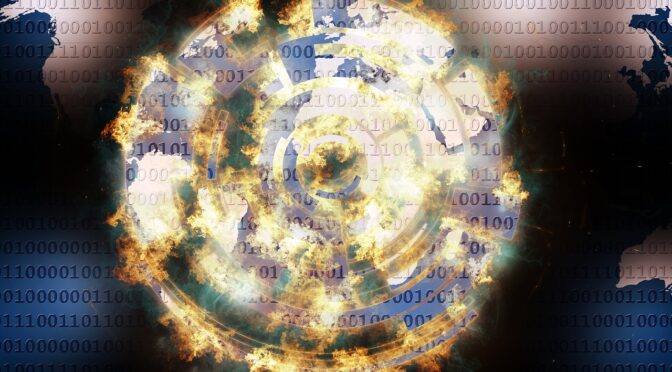 The reported hacking of Liz Truss’s mobile phone over the summer, suspected to have been conducted by people working on behalf of the Kremlin, should raise alarm bells across Whitehall. Britain is under fierce attack in this new era of hybrid warfare. While we may not be exchanging fire on the battlefield, our critical national infrastructure will be severely undermined and potentially destroyed if we fail to get a grip.

Currently, it is quite clear that our political establishment is not taking the threat seriously enough. The compromised information on Ms Truss’s personal phone, it is reported, may have included sensitive information about the Ukraine war. If true, that would be an extraordinary dereliction of security. Even in the analogue days of the Second World War, it is hard to imagine any government minister making calls or sending cables about sensitive military or diplomatic issues through devices otherwise used for personal matters.

We may indeed have extraordinary technology these days, allowing us to encrypt messages as soon as they are sent, but this amounts to nothing if we continue to see Ukraine as a far-off battle that affects us only on our television screens. At times of war – and this is a war the UK is heavily engaged in – even encrypted communications should be carefully guarded by Whitehall’s security apparatus.

For Putin considers Britain to be his second biggest enemy in Europe, behind Ukraine. He demonstrated his particular hatred for us four years ago, with the nerve-agent attack in Salisbury. His authorities will use any means possible to damage us.

We therefore cannot put anything past him. That includes the severing of the Shefa-2 fibre-optic cables between Scotland, Shetland and the Faroes. These have been played down as accidents – ‘probably by a fishing vessel’ – but how likely is it that an accident would produce two separate cuts on the same day, especially when there was a Russian ‘research’ vessel in the same seaway? We should at the very least investigate the possibility of sabotage.

Indeed, it was just a couple of days after the Shefa-2 cuts that three fibre-optic cables were cut in the Mediterranean off Marseille, disrupting the internet in Europe, the US and Asia. There have also been reports of unidentified drones flying near Norwegian offshore oil and gas installations, with several Russian nationals subsequently arrested by the Norwegian authorities.

As the director of GCHQ recently warned, Russia plans to use its malicious cyber capabilities to attack countries supporting Ukraine. Britain has already been the victim of such a campaign. In September, we saw pro-Russian hackers launch a cyber attack against MI5, briefly taking its public-facing website offline. That did negligible damage, but it was a signal that nothing is beyond the reach of the Kremlin. We all know that Moscow harbours immense cyber capabilities that could do untold damage to our critical infrastructure and economy.

The Kremlin is also waging an information war against us. Last week, this included the extraordinary claim that the Royal Navy was responsible for blowing up the Nord Stream pipelines. Why would Russian officials make such incendiary claims? Well, it would be adequate justification, in Russian minds, for the intensification of a hybrid war on Britain.

The question now is whether the British Government has the stomach to counter this campaign. If we do nothing, the hacks will only intensify in both scale and aggression. So we must respond in kind, whether it be through cyber or sabotage. Such action may ultimately raise questions of democratic accountability, since they often occur covertly, but to do nothing would be to surrender the sovereignty of the British people.

Right now, however, we have got to strengthen our defences. There needs to be a review of ministerial phone safety, and perhaps a session or two with security chiefs for current ministers. Furthermore, Russian ships should be more closely guarded, or excluded. Why should we allow Russian ‘research’ vessels into British waters at all?

A drastic change of direction is needed to end the current farce, which has Putin running rings around Britain in a hybrid war that our politicians have barely recognised.