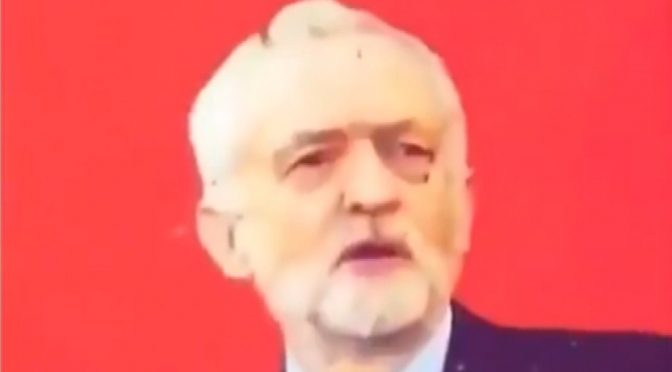 Paratroopers were accused of breaching the standards expected of the British Army after a Kabul firing range video went viral. But did they?

This week virtue-signalling MPs, journalists and commentators fell over themselves to condemn a squad of 3 PARA soldiers in a video apparently showing them shooting at an image of Jeremy Corbyn. Armchair judges on TV and social media stridently pronounced their behaviour ‘far below the standards expected of the British Army’.

But was it? The video doesn’t actually show any soldier shooting at Corbyn’s image. These men’s mission in Afghanistan includes VIP protection. They train by firing at a target array of enemy fighters, with VIPs and uninvolved civilians among them – not to shoot at but to avoid hitting. Yes, there seem to have been shots on Corbyn’s picture. That happens in training and helps reduce the likelihood of it happening for real. I don’t know whether that is what we have seen but neither do those so desperate to lash out at our fighting men.

The worst anti-military snowflakes and political opportunists have branded these soldiers ‘fascist thugs’ inciting attacks on MPs and even practising a sinister plot to take out the Leader of the Opposition. What utter garbage. If I’m wrong and these men were deliberately shooting at his image, it will be nothing more sinister than troops fooling around.

No, they shouldn’t be doing that on a range. But they are living and working in extremely hazardous conditions with their lives under constant threat. Sometimes young soldiers do stupid things to let off steam. When they are caught they’re often disciplined. They may have thought it was funny at the time – they won’t now. But as men whose job is to see and do terrible things that most keyboard commissars couldn’t imagine, a black sense of humour will often carry them through. In this case perhaps ill-judged, but for those of us who have served, not beyond comprehension.

The video certainly gives a bad impression of the Army. Soldiers must rise above politics and stay impartial – and be seen to. In my experience that is almost always the case, with a tiny number of miscreants quickly dealt with. But the Army should get a grip of its social media policies, including stamping out freelance filming and posting of military activities that can give a false picture.

Whatever the reality here, these paratroopers are courageous defenders of our country and its people. That includes Jeremy Corbyn, despite his constant siding with IRA terrorists and publicly calling Islamic terrorists who have killed British soldiers “our friends”. If he visited Afghanistan, these men would risk everything to protect him, including their own lives.

As men from their regiment have proven many times before. Bernadette Devlin McAliskey, a Corbyn associate, ex-MP and founder of the Irish Republican Socialist Party, political wing of the mass-murdering terrorist group INLA, was shot nine times by rival terrorists in 1981. Soldiers of this same battalion – 3 PARA – saved her life and her husband’s. In 1971, another 3 PARA soldier, Sergeant Michael Willetts, deliberately positioned himself between a terrorist bomb and a group of Republican civilians in Belfast. He died and they lived.

Perhaps commentators, and especially MPs, should wait for the truth before taking aim at brave men who every day stand between us and our enemies.