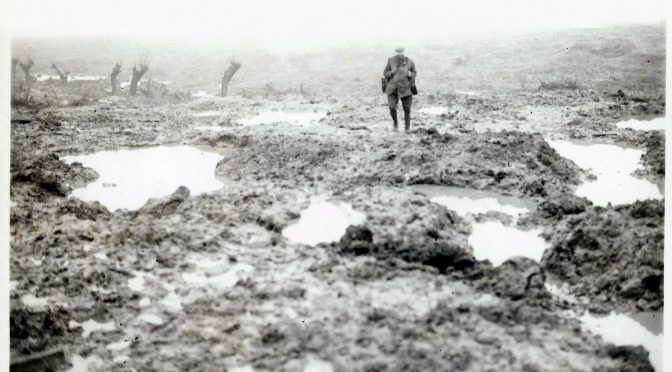 Article published in The Mail on Sunday, 16 October 2016. © Richard Kemp

In action in the western desert at the height of the 2003 Iraq War, Sergeant Colin Maclachlan and his SAS comrades were fighting under the internationally agreed laws of war. Those laws make clear that killing wounded enemy soldiers is always illegal.

According to the first Geneva Convention of 1949 they must be ‘respected and protected in all circumstances’, and ‘any attempts upon their lives, or violence to their persons, shall be strictly prohibited’.

So much for the law – what about military reality? Sgt Maclachlan’s SAS patrol had been hammering Iraqi vehicles with machine gun fire and missiles packed with enough explosive to destroy the heaviest battle tank.

As you would expect, some of the survivors were horrifically wounded, one with three limbs blown off. According to the book, you treat the wounded and evacuate them to an aid post or hospital. But there was neither anywhere near.

The SAS could not spare a vehicle to drive them across the desert and nor would the battle situation have allowed it. Calling in a helicopter would have compromised their mission.

Those who could be treated with field dressings and tourniquets to stem their bleeding would have to be made as comfortable as possible and left to their own fortunes or taken prisoner.

So far so legal. But what about the three who were bleeding to death in agony, begging to be put out of their misery?

Amidst the violence and horror of the battlefield, British soldiers have confronted that dilemma down the centuries. And not just with the enemy.

The decision over your own brothers-in-arms who are wounded and dying is even more agonising. A hundred years ago, during a night march up to the attack at Passchendaele, many soldiers of my great uncle’s battalion, the 2nd/8th Londons, slipped off the duckboards and into the quagmire. Unable to rescue them, they shot their own men rather than let them suffocate in the liquefied ooze.

Soldiers are not machines. Despite the violent aggression that is their stock-in-trade they are compassionate human beings just like anyone else.

No amount of battle experience or training can inoculate their hearts and minds against the sight, sound and smell of a broken and bleeding human being crying out for death. And soldiers have the means at hand to deliver it.

Whether dealing with friend or foe, this is one of the toughest decisions any man can be faced with.

But if his decision is to end the life of a wounded enemy then the soldier must be ready to face investigation. Because whatever his heart might tell him, his training tells him that to kill an enemy who poses no threat is a war crime. It must remain a war crime. To give a soldier in battle the right to make such a decision opens the way for endless litigation and for confusion on a battlefield. It also places an impossible burden on his shoulders.

Even the greatest doctor cannot predict with certainty whether a man will live or die. How can an infantryman who’s trained only in battlefield first aid be expected to do so?

I understand why Sgt Maclachlan did what he did. I cannot say for sure whether I would have done the same had I been in his boots.

But his admission gives the MoD no choice than to investigate. I can only hope those who judge this brave and distinguished soldier do so with the same compassion that he showed to his Iraqi enemies.