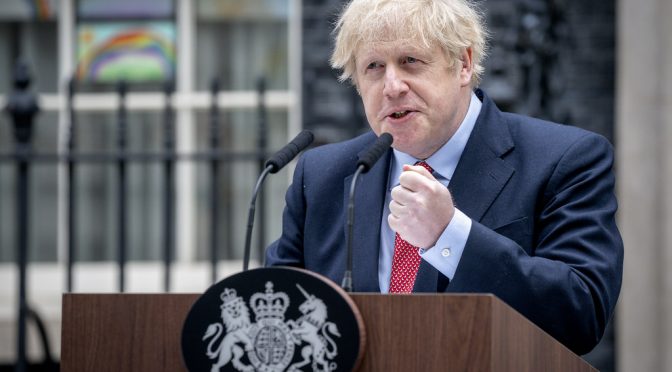 Article published in The Daily Telegraph, 5 May 2021. © Richard Kemp

What is going on in the Northern Ireland Public Prosecution Service? Just four days in, the trial of two veterans accused of murdering IRA serial killer Joe McCann collapsed for lack of evidence against them. Senior detectives responsible for the Historical Enquiries Team investigation warned prosecutors the case was going to fail. The former deputy director of the team wrote of the intention to prosecute: ‘In over 40 years of investigative experience, I can honestly say I have never encountered such an appalling injustice.’

Yet, relying on legally inadmissible military statements from half a century ago – ‘dressed up and with a new 2010 cover’ as the judge put it – the PPS carried on regardless in what can only be described as a parody of justice. The costs of their bungling have been high. For more than a decade of investigations, the two distinguished former soldiers – both in their seventies – have been put through hell, their lives on hold, their future liberty uncertain. Meanwhile Joe McCann’s family has been strung along, given false hope that their perceptions of injustice would be remedied in court. And the British taxpayer has footed a hefty bill – with trial costs alone estimated at £5 million.

Can the PPS with its army of highly trained lawyers, including 50 public prosecutors in Belfast alone, really have been so incompetent as to allow all of this, or is there a more sinister explanation? Convicted terrorist murderers have been let out of jail early and pardoned, and suspects who have evaded justice so far handed ‘comfort letters’ preventing their future trials. In this context, many politicians, lawyers and military officers have long believed that prosecutions of former members of the security forces who confronted these killers are politically motivated, intended to appease Sinn Fein. The outcome of this trial can only reinforce that view.

The Police Service of Northern Ireland, MI5 and the Garda, the Irish police, believe Sinn Fein is still controlled by the IRA Army Council, an assessment reaffirmed last month by Simon Byrne, PSNI Chief Constable. Their strategy is to continue the war by perverted politics, re-writing the history of the Troubles by painting their terrorists as freedom fighters and security forces who prevented civil war in Northern Ireland as brutal oppressors. Despite inevitably low prospects of conviction after so many years, just getting British soldiers into the dock is a crucial element of this narrative.

Responsibility for facilitating the republican campaign lies firmly with the British Government, which has failed to honour repeated promises to end these vexatious prosecutions. This dereliction of duty contributes to a steady corrosion of inter-community relations in the province. It is also a stab in the back for the Armed Forces. Taken together with the spurious war crimes investigations into hundreds of troops who served in Afghanistan and Iraq, to find a worse betrayal of their own armed forces by any government you have to go back to the post-Second World War period, when the Soviets sent thousands of former Red Army prisoners to the gulag, accused of collaborating with the Germans.

The debacle in Belfast was the first of a series of prosecutions of British soldiers into historical murder allegations in Northern Ireland. Four similar cases are at pre-trial stage and at least 200 other former soldiers still face criminal investigation. Does the Government require more of a wake-up call than the attempt to pervert justice during the past week? It is essential that the Prime Minister now takes personal responsibility for pushing through legislation to bring an end to this national disgrace. Meanwhile all remaining cases must be put on hold and an urgent judge-led inquiry conducted into the workings of the Northern Ireland Public Prosecution Service before any more old soldiers who once put their lives on the line to protect innocent civilians are dragged into court.