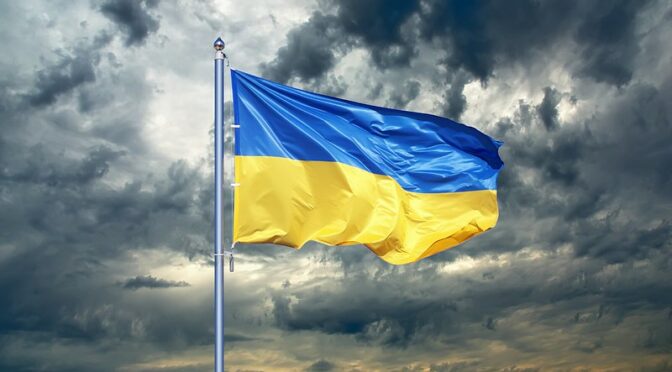 We may be about to witness the largest set piece battle in Europe since the Second World War, and perhaps the greatest carnage in most of our lifetimes. Since terminating offensive operations against Kiev, Russian forces have been redeploying, reconstituting, reinforcing and reequipping their forces for a new offensive in Donbas.

In the last few days they have also been ‘shaping the battlefield’, meaning military operations against the enemy to ensure the most favourable conditions for future attack. This has included interdiction strikes in the west of the country against weapons supply depots and factories, troop reinforcements, supply routes and infrastructure that could bolster Ukrainian combat power. The Russians claim to have attacked over 1,000 targets last night alone. These shaping operations have also included attacks on Ukrainian air defence systems, which Moscow reportedly now believes have been largely destroyed except for some low level capability.

How is the battle for Donbas likely to play out? In war nothing ever goes as expected. Russian military incompetence around Kyiv at the beginning of this campaign took the breath away from many seasoned military analysts. No doubt heads have rolled for that and lessons will have been learnt, but such apparently endemic tactical and logistical ineptitude – borne of inadequate leadership, indiscipline and long-term corruption – cannot be put right in a matter of weeks or even months. We can expect to see it repeated in the coming attack.

Yes, it is the case that Russian forces in south Ukraine performed much better, with remarkable gains made from Donbas to Mykolaiv under General Aleksandr Dvornikov, whom Putin has now appointed to command the entire Ukraine operation. But this time, with a more concentrated battle, any logistical or tactical failure will not be localised. Already, the force balance is not looking good for Russia. The Pentagon estimates Russia has around 60-70,000 combat troops available for this operation, and a reasonable assessment can be made that around 30-40,000 Ukrainian forces are available. As a rule of thumb, an attacking force needs at least 3:1 superiority to prevail.

Many other factors will help Ukraine balance and perhaps overcome Russian advantages. While we know that many Russian artillery forces remain intact and highly effective, no war can be fully automated, and no invasion and occupation of Donbas will succeed without a forceful, high-tempo ground campaign. For this you need high morale, and here we have already seen reports of Russian soldiers refusing to fight, sabotaging their own equipment and deserting. Ukrainian troops on the other hand are fighting for their families, their homelands and their very lives.

Then there is the mode of fighting. The Ukrainian army has so far proved incredibly effective with small-unit guerrilla tactics, hit-and-run attacks and striking Russian supply chains while avoiding head-to-head clashes against numerically superior forces. Such tactics will be highly effective in Donbas in the spring with most Russian forces and supply trains channelled onto roads by bog and mud.

And, compared with other battles, Ukrainian forces know intimately the terrain they will be fighting on and have been defending it from well-prepared positions for eight years. These are dug-in defensive positions which should, on paper at least, be more difficult to penetrate than the suburbs of Kyiv. This benefit will be compounded by the surveillance and intelligence provided by the West, including Britain. This should allow them to pinpoint Russian forces, anticipate their actions and strike first, all of which will be made easier in the non-urban terrain of Donbas.

Putin’s goal is to achieve a major victory in the Donbas before Russia’s Victory Day parade on May 9th. Yet even this latest, last-ditch effort may ultimately come to a stalemate, with Russian forces reaching their culminating point of attack before achieving their objectives, as occurred around Kyiv. The Ukrainians have shown that they have the will and agility to hold their ground – and now Nato must reinvigorate the supply of weapons, materiel and financial support.