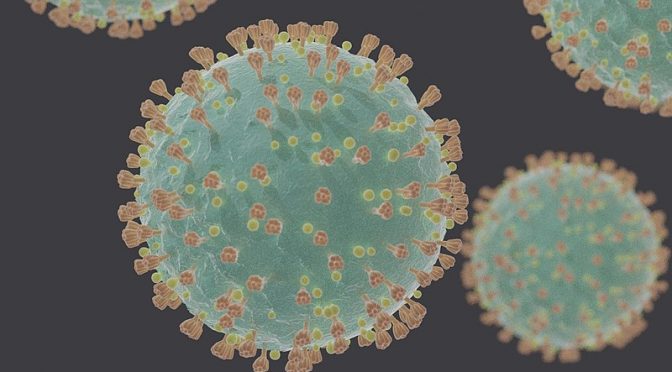 An accelerating sense of crisis now engulfs our society. As the impact of Coronavirus deepens and the death toll mounts, the scale of the emergency is unprecedented in peacetime. Yet there is a silver lining to this black cloud. It can be found in the growing ethos of selfless compassion across the country, with millions of citizens feeling a new concern for their neighbours and the vulnerable.

During the Second World War, our nation became renowned for its unity and self-sacrifice, an outlook known as the ‘Blitz spirit’. Today we can see a reawakening of that same community spirit, reflected particularly in local neighbourhood schemes, where people volunteer to check on the elderly, organise essential home deliveries and support imperilled businesses.

That mood of compassion should now be harnessed more systematically for the good of the nation. Yesterday Lord Stevens, the former head of the Metropolitan Police, called for the urgent mobilisation of retired coppers in order to relieve the huge current burdens on the police, the NHS and other emergency services. Pointing out that there are at least 100,000 former officers, Lord Stevens rightly said that their experience and enthusiasm is a ‘golden resource’ that ‘we cannot afford to waste’.

While I welcome his admirable suggestion, I would go even further. I believe that, in response to the crisis, we now need a national citizens volunteer force to help maintain the civic infrastructure which is under unique strain. This new organisation would capitalise on the yearning of so-many people to do their bit, as well as giving the public a defiant sense of purpose in these dark times. There is a vast range of tasks that could be carried out by these volunteers, like performing basic duties in the NHS, cleaning and sanitising public buildings, transporting goods, and providing cooked meals and groceries to the housebound. Former teachers could organise childcare for key public workers.

This citizens’ force would be in addition to the military, parts of which are being deployed by the Government to tackle the Coronavirus emergency. This week the Ministry of Defence announced the creation of a 20,000-strong Covid support force, which will provide back-up for our vital public services. Among the jobs of this unit will be driving NHS oxygen tankers, for which 150 military personnel will be trained, though it is not envisaged that the troops will be used to maintain public order. Such an authoritarian move would be distinctly unBritish, smacking of an alien dictatorship, and would also be unnecessary, given our traditional stoicism. But military personnel are certainly appropriate for support work like logistics, security, communications. They not only have the dedication and experience, many of them have served in hostile environments overseas, but they also have the technical skills. Indeed, the largest part of the British Army is the Royal Logistic Corps, with 14,000 men and women.

Some might feel concern at the involvement of the military in a civil crisis, but there are many recent precedents. During the fuel tanker protests of September 2000, the army was put on readiness to make emergency deliveries, while troops took the place of firefighters during the bitter strike of 2002/3. More pertinently, during the London Olympics of 2012, no less than 18,200 navy, army and RAF personnel provided security and logistical backing. They won universal praise for both their efficiency and their good nature, the organiser Lord Coe describing them as ‘one of the defining features of our games’.

Given the potential for the pandemic to worsen dramatically, the planned 20,000 Covid support force may not be enough, though there is capacity in the military reserves for an expansion. The Army Reserves, formerly known as the Territorial Army, has around 35,000 personnel, while there are about 45,000 former regulars from the three services who are liable to be called up in an emergency.

Even then, the military could be badly overstretched, especially if there were a natural disaster or a major terrorist attack like 9/11. That is why we also need a citizens’ force which can reach into every neighbourhood and become a nationwide source of reassurance. In Britain, we already have excellent voluntary organisations that go into action in emergencies, like the Royal Voluntary Service, British Red Cross and St John Ambulance. But, in view of the existential threat, I now envision something much larger, nothing short of an army of benevolence, filled with people that have special skills and a willingness to serve. This force should be co-ordinated at a central level nationally but should be organised on a county basis.

There is a precedent for such a voluntary force and that can be found in the creation of the Home Guard in 1940. Because of the comedy series Dad’s Army, this is often unfairly seen as a bit of a joke. In reality, however, the Home Guard was a formidable, well-equipped body that attracted no fewer than 1.7 million volunteers, and undertook a host of vital tasks – like guard duties and the enforcement of emergency regulations – that relieved the burdens on the police and military.

The noble ideal that inspired so many to join the Home Guard was the patriotic desire to protect fellow Britons. The same motivation exists today – and the Government should capitalise on it.