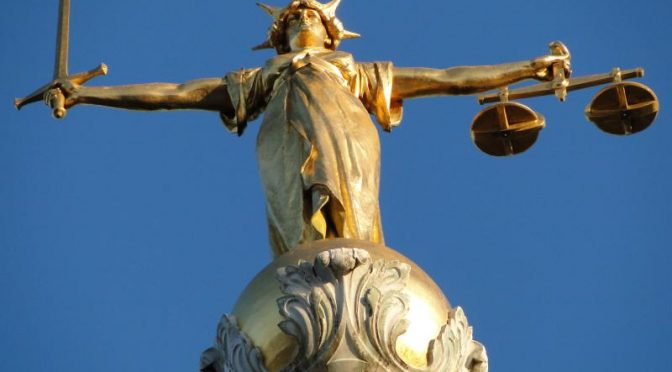 The government has little choice but to allow legal aid for Shamima Begum. Many are understandably outraged, yet it is right for the state to support those that can’t afford the costs of litigation in British courts. But this is where the government needs to radically change its policy for dealing with jihadists fighting overseas.

We can no longer continue to treat returning combatants from war zones such as Syria using the same legal processes with which we treat criminals in London or Glasgow. Crimes committed in the UK can be thoroughly investigated, with reliable evidence that meets the tests of criminal prosecution. How can we do the same with horrific crimes committed in the chaos of Raqqa under Isil control? Immense efforts have been made by our military and intelligence services to collect evidence in battle areas that is usable in court, often at great risk to themselves. Even so, only rarely can such crimes be successfully prosecuted in our courts.

Around 400 Islamic State terrorists are known to have returned to the UK so far — with more to come. Of these only around 50 have been successfully prosecuted. We do not have the details, but I would be surprised if many of them have been imprisoned for serious crimes such as murder, torture, abduction and rape. Some will have received short sentences and many are already back on the streets, having committed the most horrific atrocities abroad.

This is not just about failure of justice. It also weakens deterrence against potential terrorists and endangers our citizens. The most dangerous terrorists are those that have been trained, motivated, blooded and have themselves killed. The security authorities say that many returners no longer present a significant threat to us. They are hugely capable and diligent, but even they cannot be truly confident of that. We know this from bitter experience — almost all of the Islamic terrorist attacks in Europe, including in the UK, have involved known jihadists assessed as not a high threat.

Sajid Javid understands this. That is why he preferred to see Islamic State terrorists Alexanda Kotey and Shafee El-Sheikh, two of the so-called ‘Beatles’, sent to the US where they can be dealt with more effectively. It is also why he decided to strip Shamima Begum of her citizenship rather than allow her back to face justice.

An appeal funded by legal aid to the Special Immigration Appeals Commission (SIAC) might see this decision overturned. It is possible they will not be persuaded by the intelligence that the Home Secretary has on Begum, which can be presented to them in secret. We have an indication of his concerns in the report in this paper at the weekend that suggested Begum was actively involved in serious terrorism.

Or of course they might decide that he has made Begum stateless. It has always been preferable to deny access to returning jihadists, given that we already have tens of thousands of extremists of concern to the Security Service and police. But when that cannot be achieved, the likes of Begum must be dealt with by a more robust justice system than we currently have.

The Counter Terrorism and Border Security Act which came into force this month is a step in the right direction, with up to 10 years in prison for individuals travelling to designated areas such as Syria. But we need a bolder approach to take account of some of the much more serious crimes many of them will have committed while there as well as the long-term threat they pose.

When it is not possible to exclude terrorist returners from the country, or where they have entered undetected, and when they cannot be dealt with through the criminal court system, we should adopt a form of SIAC. This would enable a secret intelligence case to be brought against terrorist suspects in closed hearings, with specially designated judges and special advocates vetted by the Security Service representing the accused.

Many would understandably argue that this strikes at the heart of British justice. It does. But over the last two decades we have faced a terrorist situation that we have not encountered before, and it is with us for the long term. It is essential that we find a way to deal with this, which so far we have failed to do. We can no longer continue to prioritise the human rights of terrorists above the lives of their innocent victims here at home.