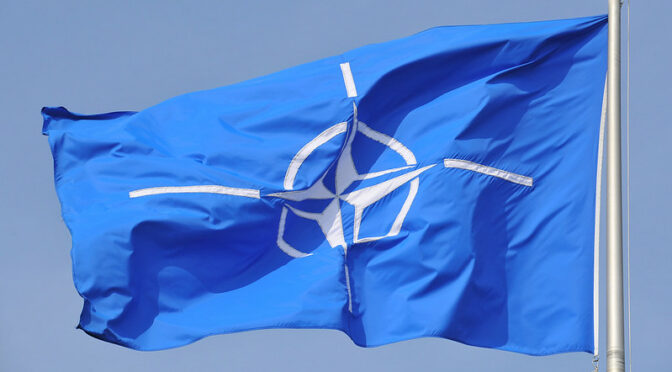 Article published by the Gatestone Institute, 10 May 2022. © Richard Kemp

Great Britain is Russian President Vladimir Putin’s public enemy number one. In March the Kremlin branded UK Prime Minister Boris Johnson the most active anti-Russian leader. A few days ago on television, Putin’s propagandist Dmitry Kiselyov fancifully suggested Russia should drown Britain in a radioactive tsunami created by Poseidon nuclear torpedos that would leave survivors in ‘a radioactive desert, unfit for anything for a very long time’.

Putin is upset about Britain’s stance over Ukraine, leading Europe and much of the world in aggressive sanctions against Russia; and pouring in financial and military aid plus decisive secret intelligence to help keep Kiev in the fight.

Needless to say, front-line states facing Russia take the opposite view of the UK. During visits to Poland and Finland in the last two weeks, the enthusiasm for Britain was palpable — among politicians, military and ordinary people alike. As a Brit I don’t remember such a warm reception anywhere in the world except perhaps in the US when we stood firmly by their side in the aftermath of 9/11.

Poles, Finns, Latvians, Lithuanians and other close neighbours of the Russian bully also appreciate the UK’s forward-leaning role in NATO’s pre-emptive deployment, positioning increased combat forces on their territory alongside other allies, predominantly the US.

Promises by NATO leaders that Putin will face the consequences if any of his soldiers so much as puts a toe-cap onto NATO soil of course reassure these beleaguered countries. But are we giving them false hope? Can eastern states really rely on the US and western European NATO members to ride to their aid if they get into a fight with Russia? Would we actually throw our young men and women against Putin’s steamroller — even the rather ramshackle steamroller that has been grinding its way across Ukraine?

If NATO blood would in fact be spilt should Russia invade Poland or the Baltic states, why have we utterly rejected the prospect of spilling it to help protect Ukraine from Putin’s mass killings, torture, rape and destruction? Ukraine is not a NATO member and NATO states have no treaty obligation to come to its defence as they do to each other. But that is surely just a technicality, a few lines on a page. There is no practical or moral difference between protecting a friend who is a member of the alliance and one who is not.

A German general, once head of the Bundeswehr, told me the other day that he believes NATO as a whole will fight if it comes to it. He cited the unity shown in the 1999 Kosovo air campaign and operations against the Taliban in Afghanistan after 2003. Both of these, especially Afghanistan, did risk NATO soldiers’ lives, but they were never going to incur anything like the scale of casualties to be expected in a war with Russia. While accurate statistics are not available, it is likely that Ukrainians killed and wounded in nearly three months of war have vastly exceeded all NATO casualties in all conflicts in which NATO forces have ever engaged, including Iraq, Afghanistan, Kosovo and Africa.

Nor have any of these previous conflicts ever run any risk of conventional, as opposed to terrorist, attacks against NATO members’ homelands. There was never any prospect of air raids on Berlin, Paris or London as there would be if we went to war with Russia. In citing previous conflicts we are not comparing like with like.

Then there is the nuclear threat. In the event of a wider war between NATO and Russia, this is unlikely to materialise, but it could, and that slim possibility alone understandably terrifies NATO leaders. Like Pavlov’s dogs, they fall over each other to renounce any intention of military engagement in Ukraine each time Putin blows his over-used nuclear whistle. His threats are actually very convenient for NATO leaders, because the last thing they want to do is fight in or for Ukraine and hardly anyone questions the wisdom of taking no action that might provoke Armageddon.

But if nuclear terror applies to Ukraine, why doesn’t it apply to any NATO country that becomes the target of Russian military aggression? Why would NATO leaders fear Putin’s nukes any less if he takes a bite out of Poland or the Baltic states? The reality is, if it is true that NATO could not risk intervention over Ukraine for fear of Russian nuclear retaliation, it could not risk intervention over, say, Latvia for the same reason. Or do a few lines on a page actually justify risking nuclear war over a “quarrel in a far away country, between people of whom we know nothing” (to borrow Chamberlain’s words from the 30s)?

NATO demonstrated itself to be an unreliable ally last year. When US President Joe Biden took the disastrous decision to withdraw US forces from Afghanistan without any conditions, the British defence secretary claims to have approached all other NATO countries with forces deployed there, asking them to consider remaining in a UK-led force after US withdrawal. He said there were no takers. Not one country was willing to honour its obligations to the Afghan government and people.

NATO’s abject surrender and humiliation in Afghanistan, compounded by its indulgence of Germany’s Nord Stream 2 gas pipeline, including Biden’s reversal of Trump’s opposition to it, and early US assurances that there would be no military intervention if Russia attacked, led directly to Putin’s invasion of Ukraine. As the “special military operation” unfolded, NATO’s continued pleadings that they would take no action against Russia beyond sanctions and arms supplies further emboldened Putin, reassuring him that there is no direct military risk from NATO.

As well as fear of nuclear weapons, there are long-entrenched structural issues that also raise the question of whether NATO collectively would fight if one of its member states were attacked. For generation after generation, western European NATO countries have become very comfortable, not to say complacent, with decades of virtually unchallenged peace and prosperity. In every country, across most political parties, a strong pacifist culture dominates, with the conviction that all conflict can be resolved by reasoned argument, compromise and appeasement rather than violent military force. It is unlikely that even the horrors witnessed today in Ukraine have shaken this deep-seated and widespread conceit.

On top of that, every country in the West has capitulated to a concerted and systematic assault on its history, its virtue and its self-worth. Past glories are denigrated because they are not in line with 21st century wokeism. Statues of national heroes of yesteryear are torn down. Any favourable mention on social media, for example, of Winston Churchill, who did more than anyone to save the world from Hitler’s Nazis, is guaranteed to receive a barrage of vitriol in response. Governments, including defence and foreign ministries, the very people that must lead any fight against Russian attack, have succumbed to this sickness to the extent that even they abrogate their own past and repudiate their own present.

Meanwhile, in pursuit of a superstate, the European Union and its cheerleaders have been doing their level best to openly undermine and cancel national or patriotic spirit in member countries, fervently plastering their own flags everywhere from car licence plates to city halls and spending millions on propaganda indoctrinating young people in the virtues of the EU from elementary school to university and beyond.

Can we expect Europeans to fight and die for countries whose histories and modern sense of worth have been roundly denounced and condemned by their own leaders? Will they fight for the bureaucratic agglomerate that is the EU? Patriotism — of the kind that led millions across the world to volunteer to fight the Nazis in World War Two — requires emotional investment in your own country.

No such feeling exists for the EU even as it seeks to replace national loyalty. Allegiance to Brussels is transactional and in only one direction. People ask not what they can do for the EU but what the EU can do for them. Of course many of our young people would fight for their country — with as much courage and commitment as their ancestors ever did — and we witness this whenever we send them into battle. But when the time comes to expand our forces, how many more will answer the call after being educated to despise their own country and the very notion of fighting for it? The British Army, for instance, has struggled for decades to fill its ever-shrinking ranks from an ever-growing population.

If somehow the political and popular will to defend NATO member states did materialise, what would European countries fight with? Constantly expanding social welfare programmes have driven the military out of the marketplace across the continent. Every country’s armed forces are inadequate to fight a real war together or alone.

Over the decades, successive American presidents have tried to cajole leaders of European NATO countries to meet their minimum defence spending commitments. They have been mostly ignored. True, German Chancellor Olaf Scholz, shocked by Russian depredations in Ukraine, announced 100 billion Euros over 10 years to re-energise the defence forces that his predecessor, Angela Merkel, wilfully neglected. But that will barely scratch the surface, even if the promised cash actually materialises, which remains to be seen.

Meanwhile Britain, considered militarily the most powerful and dependable nation in Europe, is still merrily implementing defence cuts agreed last year. Even before the latest reductions were conceived, Britain’s armed forces were at a perilously low ebb, unprecedented in centuries of history. Almost three months of shattering object lessons on why we should rebuild our armed forces have not prompted any suggestion from the government that last year’s defence review might have been ill-judged — not so much fiddling while Rome burns as throwing gasoline on the flames.

Looking at Europe one is tempted to think: can’t fight, won’t fight. What about America? Will the president who shied away from even the comparatively mild conflict in Afghanistan and has been desperate to convince Putin that the US will not fight for Ukraine, send US boys to fight and die in Europe for countries that many Americans have never heard of? Anyway, how could he do so if European nations will not step up to the plate to defend their own backyard?

Putin knows all this despite his ludicrous rhetoric about feeling threatened by NATO’s eastward advance towards Russia — which actually means the defensive alliance accepting membership applications from former Warsaw Pact countries once again fearful of their erstwhile overlords in Moscow. Especially with the unwelcome prospect of Sweden and Finland joining NATO, Putin will be tempted to continue testing the alliance, including by intensive cyber war and military incursions against member states’ sovereignty.

While he remains in the Kremlin, Putin’s objective is the neutralisation of NATO. He knows that the alliance’s failure to fight for its own under his provocation would spell its final humiliation and signal the end of the US-led world order. For the liberty, prosperity and security of future generations, this cannot be allowed to happen. It will not be easy or quick to undo generations of self-obsessed complacency, deep-rooted pacifism, deliberate subverting of patriotic spirit and refusal to make hard sacrifices in the national interest. Above all it will take strong leadership of the kind that is hard to discern in any NATO country today. Whether or not this is mission impossible depends on Putin’s timetable and exactly how fast European countries can re-forge their national steel.

This is not a rehearsal; it is a foretaste of the far greater threat that will be coming from President Xi Jinping’s Chinese Communist Party.