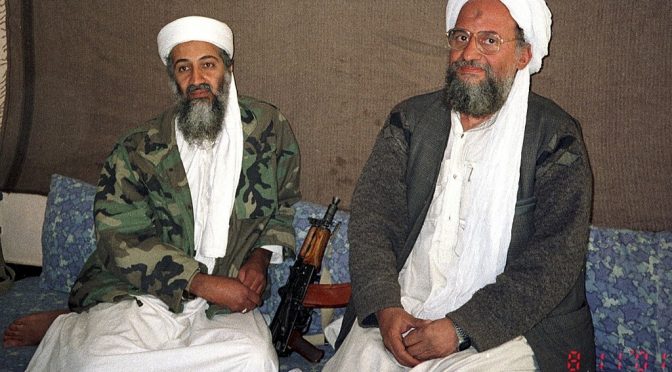 Twenty five year-old Ali Harbi Ali has been arrested on suspicion of the murder last week of British Member of Parliament Sir David Amess in a church in Essex. Ali is a member of a well-to-do Somali family who were given refuge in Britain from the war-torn East African country in the 1990s. British authorities had previously been alerted to his radicalisation and he was referred to the UK’s ‘Prevent’ anti-terrorist scheme.

The precise reason for his alleged attack on this particular MP, which he has reportedly admitted, has not yet been established but it is thought he may have been influenced by Al Shabaab, an Al Qaida group that operates in Somalia and Kenya.

Last month, the head of Britain’s security service MI5, Ken McCallum, warned there was no doubt the Taliban victory in Afghanistan this summer has ‘heartened and emboldened’ jihadists everywhere.

It may be that the murder in Essex was the first successful terrorist attack in Britain inspired by the consequences of US President Joe Biden’s catastrophic decision to withdraw US forces from Afghanistan. Amess’s savage knifing follows jihadist attacks in Norway that killed five and wounded three last week and another in New Zealand in September that wounded five.

Jihadists around the world celebrated the vanquishment of the West following the Taliban seizure of power in Kabul. Not only has this re-energised terrorist cells but it will also lead to an increase in recruiting and a funding boost from jihadist supporters. Prior to Biden’s withdrawal, Al Qaida had been at a low point in their fortunes, following decimation by US drone strikes in the Pakistan tribal areas, catastrophic setbacks in Syria, Iraq and Yemen, the killing of Osama Bin Laden and the rise of the Islamic State. Their international prestige among fellow jihadists has now been boosted as they share in the glory of the Taliban’s success — in which they played a part.

Al Qaida, the Islamic State and other jihadist networks will capitalise on the climacterical success of their global movement, directing and inspiring attacks around the world, emulating IS at the height of its powers in Syria and Iraq, radicalising thousands and inspiring knife, vehicle-ramming, explosive and gun attacks in many countries.

A deeply grim prospect — but this widespread inspiration of terrorism will not be the most serious terrorist consequence of the withdrawal. We will see jihadists flowing into Afghanistan to join up with terrorists there, as they did in the years before 9/11. They will train, organize, establish global connections, plan attacks and receive direction and funding from the leadership. Despite their promises to deny terrorists safe haven, the Taliban will do the opposite. They and Al Qaida are joined at the hip, with both Bin Laden and his successor Ayman Al Zawahiri having sworn unbreakable allegiance, bay’ah, to the leaders of the Taliban.

The Islamic State’s Khorosan branch, with several thousand fighters in Afghanistan, will pose a similar threat. Many political leaders in the US and UK claim the Taliban are sworn enemies of the IS, with some even suggesting that we might form an alliance against IS with Taliban terrorists. But this abhorrent proposition is merely an attempt to help limit the political fall-out from their ill-judged actions that facilitated the Taliban’s conquest. The reality is that the Taliban and IS will sometimes kill each other and sometimes cooperate, a phenomenon beyond the comprehension of many commentators and politicians in the West, but a familiar pattern in the region. Ultimately, infidels and apostates are a common enemy whose destruction can unite adversaries in the face of almost any other ideological or practical clash.

The Taliban also are now more outward-facing in their jihadist ambitions. Before 2001 they were focused predominantly on Afghanistan. Today, after 20 years fighting Western forces and with many younger members who have greater international awareness, their eyes are also on the violent role they can play in establishing a global Islamic caliphate.

The resultant cocktail is even more lethal than before 9/11.

Today, all these actors know there is no prospect of further large-scale US intervention in the country, no matter how great their atrocities. The US remains capable of air strikes and even special forces raids against serious threats emanating from Afghanistan, but these require high-grade intelligence which, despite the powerful technical capabilities of the agencies, is extremely difficult to gain now that we have withdrawn all forces

The threat from Afghanistan is not to the West alone. There is also a grave risk to Russia and Central Asian countries and to the ‘apostate’ Muslim countries especially in the Arab world. Pakistan and China, today the dominant external powers in Afghanistan, also fear terrorism emanating from the country. Pakistan has good reason to be worried, even though their intelligence services and army were the most effective backers of the Taliban — without whose support they could never have seized power in Kabul.

Following a crackdown on the Pakistan Taliban (TTP), which have long conducted a ruthless campaign against the Pakistan government, they took refuge in Afghanistan. As with jihadists around the world, the TTP will have been inspired by their jihadist bedfellows’ success. It is also likely that the Taliban and a resurgent Al Qaida, which shares their ambition to bring down the government in Islamabad and has close links to them, will aid the campaign to do so. The prospect of a successful jihadist insurgency in Pakistan, with its nuclear arsenal, has been a long-standing concern for the US, which invested huge intelligence and military resources to help prevent it. Most of this capability was withdrawn with the exit from Afghanistan.

The Communist Chinese need have less concern about insurgency spilling across the border into neighbouring Xinjiang autonomous region. Like Pakistan, China supported the Taliban insurgency for many years. In return, the Taliban have frequently hunted down and killed many of the Uighur leaders — fellow Sunni Muslims — who took refuge in Afghanistan. Desperate for Beijing’s funds and political backing, the Taliban can be relied on to do all they can to prevent any export of jihadism into China.

China will also seek to enlist the Taliban’s support in curbing any further TTP attacks, as have previously occurred, against their people and projects in Pakistan, with whose government they are closely aligned. But we can expect no such efforts from Beijing to prevent terrorist actions against the West. On the contrary, as the new cold war intensifies, China is more than capable of using its increasing cooperation with the Taliban to enlist jihadists from Afghanistan as proxies against the US.

President Biden’s withdrawal has not only brought darkness and mayhem to the people of Afghanistan and fatally undermined the strategic credibility of the West, it has also unleashed what may turn out to be the most dangerous terrorist threat the world has yet faced.