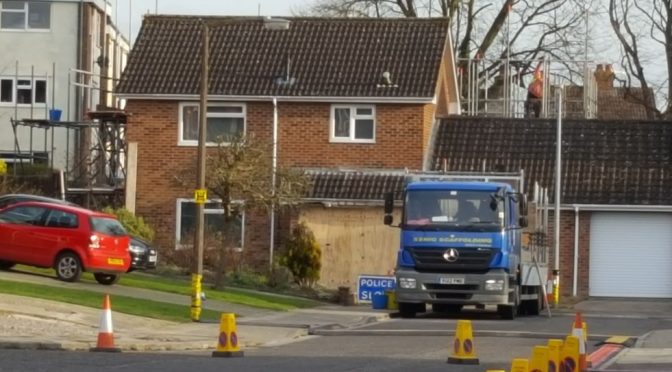 Britain’s guard against Russia, maintained from the end of the Second World War, has increasingly dropped since the fall of the Soviet Union. A naive belief overtook our political leaders — in the the same way as with Communist China — that ever-greater inclusion in the international order would turn this authoritarian regime from opponents to friends of the West. The conditions for this optimistic attitude in the West were systematically created by decades of Soviet influence across all elements of society, from universities to government institutions to industry.

Another factor in permitting the Russian danger to increase was the growing threat from international terrorism in the years since 9/11. Not only did this serve to distract from apparently less immediate foreign challenges, but our police and intelligence services necessarily focused huge amounts of their finite resources on it.

One of Russia’s primary objectives is to divide and weaken NATO as part of their effort to gain power and influence relative to the US. Divisions in the alliance in recent years, resulting from antagonism between Europe and the US, largely as a result of European states’ failure to pay their way, play directly into Russia’s hands.

Russia has also sought to subvert from within the main international bodies through which security cooperation and law enforcement are supposed to be enhanced, including the UN and Interpol. The objectives are to discredit international bodies and reduce their effectiveness to Russia’s advantage.

After the end of the Soviet Union, Russia’s efforts to subvert British society did not end and many of the networks set up under the Soviets remained in place, as they did throughout the West. In many cases they were simply handed over from the KGB to its successors in the SVR and other agencies. That includes long-term deep cover agents whose roles are likely to have included facilitating the Russian intelligence operations to assassinate Alexander Litvinenko in London in 2006 and Sergei Skripal in Salisbury in 2018.

Russian undercover agents are also tasked with collecting intelligence, creating and disseminating disinformation including via social media and the press and influencing British citizens in a wide range of areas including security, government, commerce, technology, the media and democratic processes. The recently-released Russia report highlighted the fact that many of these activities are not actually illegal today, due to our long-outdated laws that allow Russia the freedom to act effectively against our interests.

If we needed it, Russia’s hostility to Britain was starkly illustrated just last month by US intelligence indicating that the GRU, the Russian military intelligence agency that attempted to kill Skripal, paid Taliban terrorists to murder British and American troops in Afghanistan.

As a Western democracy our intelligence services are at a clear disadvantage compared to the Russians which are subject to few controls or transparency. It is vitally important that the government now puts in place robust measures not only to defend against Russian aggression but also to allow our security services and enforcement agencies to take the offensive against their depredations.