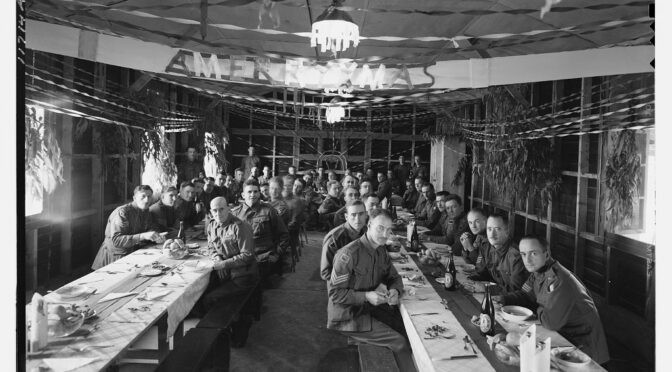 Even during military operations that catch the media spotlight – such as the deployments to Afghanistan and Iraq – at Christmas time too few people think of the men and women of the Armed Forces, risking their lives away from their families. This year, however, many will not even be aware that about 4,000 British troops are deployed across the world defending our interests, from the Falkland Islands to the Persian Gulf, from Mali to Estonia. That’s on top of the thousands on standby in Britain to, for example, support the fight against Covid.

My own battalion – 1st Royal Anglians – is on operations in Cyprus. That might sound like an idyllic place to spend Christmas, but most of these men and women will have been carrying out round-the-clock security duties. Others, confined to barracks or the immediate area, will have been on high readiness to react to crises across the Middle East and North Africa.

Christmas in the Armed Forces is the best of times and the worst of times. Troops on active operations are surrounded by their mates, in high spirits and often carrying out the dangerous duties they signed up for. Under the ethos ‘Serve to Lead’, commanders do everything possible to help them celebrate – unless a battle is underway. Traditionally the troops have been brought ‘gunfire’ in bed by their officers. This is an aptly named cocktail of tea and rum that has always had mixed reviews, even in the trenches at the Somme.

By ancient custom, lunch is served to the troops by the officers, warrant officers and sergeants. I suspect the food fights that ensued in the past are frowned on these days. Aboard some Royal Navy warships an ordinary seaman becomes captain for the day, issuing orders to his shipmates.