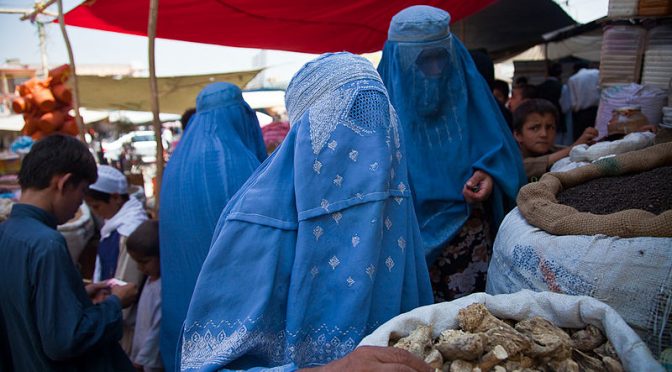 Military hardware has been blown up and embassy cars, filing cabinets full of secret documents and even national flags burned as the Taliban closed in on Kabul. Choppers have been shuttling fleeing diplomats to the airport in scenes reminiscent of the fall of Saigon in 1975. This is the greatest humiliation for America and the West in many decades, with our governments caught off-guard as the Taliban scythed across Afghanistan.

There has been heavy fighting in places like Lashkar Gah, Kandahar and Ghazni, but many cities have fallen with barely a shot fired as provincial governors switched sides with their militias following. Seeing the wind change fast, the demoralised Afghan army, with little allegiance to a corrupt government, have often dropped their weapons and melted away. Some, notably special forces, have fought hard but in vain.

These scenes were inevitable when Joe Biden announced his unconditional withdrawal. Only a month ago he proclaimed — in what must have been the most wrong-footed and naive statement ever made by a US president — that the Taliban would not march into Kabul and the Afghan security forces were more than capable of defeating them.

Perhaps he did not know about the brittle relationship between President Ghani and his governors in the provinces whose loyalties are to their tribes rather than Kabul. Whatever allegiance existed dissolved as soon as America withdrew its support.

We are now in transition from an elected — if deeply flawed — administration to a bunch of murderous thugs who just marched in and demanded control. Despite the lying platitudes of Taliban spokesmen the benighted Afghan people will see an immediate return to the unmitigated savagery of pre-2001 days — execution and amputation for transgressing the strict sharia code, women stoned to death, girls banned from school, institutionalised rape and recreational killing.

Afghans have already begun fleeing from these horrors and many more will follow, with a favourite route crossing Iran, into Turkey and on to Europe.

We are in direct danger too. This victory for the Taliban has already been proclaimed by jihadists everywhere who will be inspired and emboldened by it. Those that think the Taliban has broken with Al Qaida can think again. In reality the relationship between the two has strengthened and deepened over the last 20 years. The Islamic State too now has a significant and growing presence in Afghanistan. We will soon see jihadists from around the world pour into the country as they did before 9/11. They will train, organize and plan for strikes against the West, including Britain.

One of the greatest concerns over a Taliban takeover has long been the risk of further instability in Pakistan, with the potential of jihadists gaining control of their nuclear weapons. The prospects of that nightmare scenario just increased.

Strategically the catastrophe is at least as great. Biden’s decision means America’s word will be seen to count for nothing by governments across the world that we had hoped to win onto our side against the despots in Beijing and Moscow. Those same despots will conclude that America is weaker than they thought and work to exploit it.