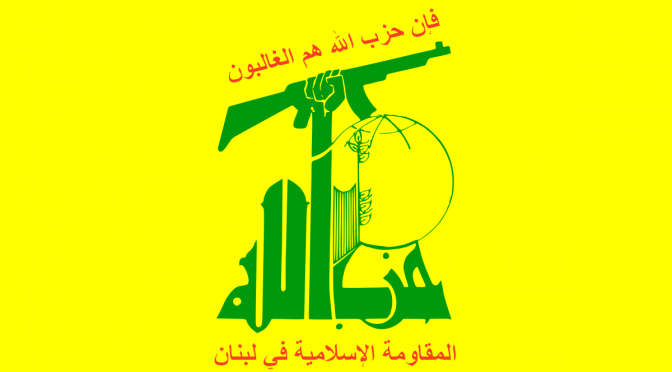 Hezbollah is the most powerful terrorist organisation in the world. Yet Britain has proscribed only part of it: its military wing. This Thursday the MP Joan Ryan will lead a parliamentary debate aimed at designating the whole organisation, as the US, Canada and the Netherlands already do. Her chances are slim. The film Darkest Hour has reminded us of British ministers’ penchant for appeasement and, like Churchill, that is what she’s up against.

Hezbollah, the creation of Iran, emerged onto the world stage in Beirut in 1983, killing 241 US Marines and 58 French paratroopers in the most devastating terrorist attack before 9/11. Since then it has attacked in Latin America, Europe and the Middle East and planned strikes from Cyprus to Singapore. Last summer US authorities charged two Hezbollah terrorists with planning attacks in New York and Panama. Hezbollah is fighting to keep Assad in power in Syria and maintains an arsenal of 100,000 rockets in Lebanon, pointed at Israel.

During the campaigns in Iraq and Afghanistan, Hezbollah was involved in Iranian-directed bombings that killed well over 1,000 British and US servicemen. Despite this, in Britain and elsewhere in Europe Hezbollah can freely raise funds for terrorism. Its supporters flaunt their assault rifle-emblazoned flags on our streets. They maintain sleeper cells in this country: planning, preparing and lying in wait for orders to attack.

When I worked for the Joint Intelligence Committee I monitored Hezbollah’s activities. I knew there was no division into peaceful and warlike elements. The regional states don’t buy it either; the Arab League designates the entire organisation. Even Hezbollah’s leaders don’t make any such pretence. In 2009 its deputy secretary-general confirmed that it was one unified organisation.

British intelligence knows this and so do the prime minister and home secretary. So why maintain this dangerous fiction? The Foreign Office deludes itself that by appeasing Hezbollah it can influence the organisation. And that it will do its killing elsewhere. Instead this gives legitimacy to Hezbollah. Piling appeasement on appeasement, Britain and the rest of the EU hope to mollify Iran, the biggest state supporter of terrorism. They know designating Hezbollah would enrage the ayatollahs.

What would EU-wide proscription do to Hezbollah? We know that from the words of its secretary-general, Hassan Nasrallah: “The sources of our funding will dry up and the sources of moral, political and material support will be destroyed.”