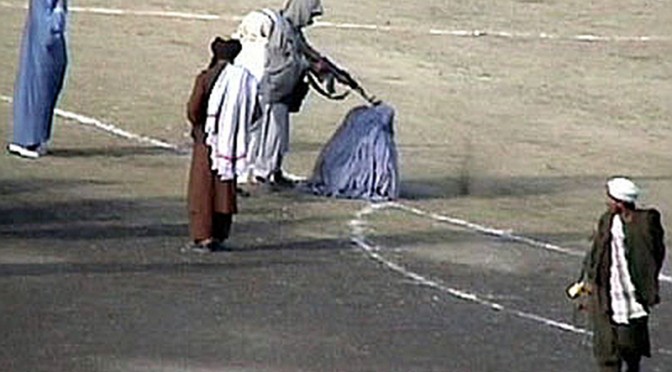 Afghanistan is no longer shocked by Taleban brutality

Most Afghans will be sickened, but I doubt they will be shocked, at the latest atrocity to emerge from Helmand. On Sunday night 17 Afghan men and women were butchered, many of them beheaded, for “partying with music in an area under the control of the Taleban,” as a spokesman for Helmand’s provincial governor put it.

According to a tribal elder, such killings have been on the rise in this region of Helmand, with three beheadings in the month of Ramadan alone. Executions are not only justified on so-called religious grounds. Many, including old women and children as young as 7, have
been slain after accusations of spying for Nato or the Afghan Government.

Nor are these brutal killings confined to the remoter parts of Afghanistan. Last month the Taleban publicly executed a woman for adultery in Parwan province, just a few miles north of Kabul. And in June, 18 Afghan holidaymakers were slaughtered when gunmen stormed a lakeside hotel near Kabul because it was used for “wild parties”.

Though the hopes of the Afghan people may have been briefly raised after the ejection of the Taleban in 2001, their brutal oppressors have never been far away. With the Nato and Kabul peace overtures of the past few years, and the opening of a Taleban political office in Qatar, we in the West may have persuaded ourselves that a more moderate Taleban would emerge to share power when we withdraw in 2014. But moderation is not in its creed. Why should it be? The Taleban does not see itself as having been beaten into submission over the past ten years and has no reason to believe that it will be in the next two.

I don’t deny that Afghan security forces are steadily improving, and I have been told as much by many soldiers working alongside them today. But I remain highly sceptical that these forces, led by a corrupt government in Kabul, can withstand the full weight of such a powerful insurgency, deriving so much of its strength from the Pakistani Government. Last weekend’s massed attack on a checkpoint that reportedly killed 10 Afghan soldiers is sobering.

This does not mean that we have failed. Our valiant forces have prevented the country again becoming a base for terrorist attack against the West. But once we pull out, large swaths of Afghanistan will fall to the Taleban.

Then the Taleban, unbridled, will behead, beat, torture and torment any hapless local who dares to “party with music” — prepare, like the Afghans, to be unshocked at such wickedness.