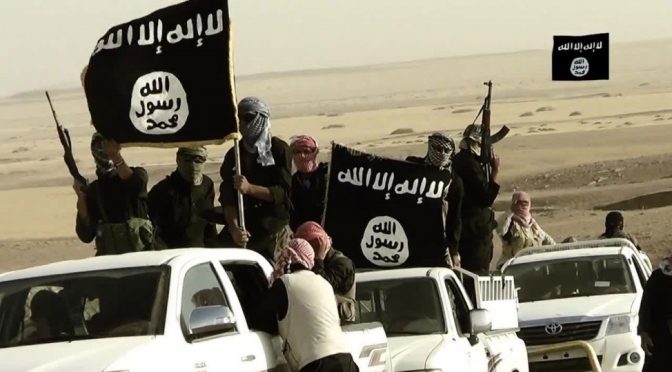 THE Commons Defence Committee’s report rightly suggests the UK’s war against ISIS is a “token gesture”. We are simply not doing enough.

We’ve got to hit ISIS harder from the air and the ground and we need to do it more frequently and more effectively.

We need more boots on the ground — not a full-scale ground operation but major hit-and-run attacks and raids by special forces.

Our special forces’ capability is very limited now. We need to increase our numbers and hit ISIS harder.

That requires more troops than we’re currently committing. The operations we’ve been conducting have been effective to an extent, but limited.

We need greater intelligence capability, some of which can only come from troops on the ground to identify targets and direct air strikes.

One of the reasons why the drone campaign against al-Qaeda in Pakistan worked so well is the Americans also had support from Pakistani intelligence, who were helping them with targets.

We don’t have that to the same extent in Syria so we have to put our own people in.

Have we run out of targets in this terrorist haven? Absolutely not.

It’s not that there are no new targets, it’s that the targets we know of are among the civilian population.

Our politicians are terrified of our troops killing civilians.

But ISIS hide behind human shields. Unless we are prepared to risk civilian casualties, we can never defeat them.

The more reluctant we are to do this, the more ISIS will use human shields.

So the simple question is: “Are we willing to risk killing innocent civilians if it means winning the war?” We had to kill civilians in the Second World War in order to win.

We’ve had to kill civilians in every conflict, unfortunately.

It’s a horrific thing to do but unfortunately it’s a necessary evil when fighting jihadists who surround themselves with civilians.

Many believe it’s a war crime to kill civilians — even if it is accidental.

It can be, but it’s not if it is vital to the war effort and is proportionate.

The other dimension is the situation at home.

We allow people who have fought for ISIS in Syria and Iraq to come here and threaten us.

We should stop them returning once they’ve proved themselves to be our enemies by fighting with ISIS. Let them stay there, or wherever else they want, but not here.

If need be, we must change the law. Our security services are greatly overstretched, so why are we presenting ISIS with a home front?

The committee also suggested Britain may have to abandon its opposition to Syrian despot Bashar al-Assad if it wants to defeat IS.

We tacitly supported Assad by our shameful failure to bomb him when he used chemical weapons on his own people. It would be completely unacceptable to cut a deal with a man with so much blood on his hands.

Frankly, in Syria there are no good sides. They’re all bad and a threat to us in a different way.

We should be very cautious about forming an alliance with any of them.

Nor should we ally with Russia — and certainly not Iran.

Syria is in the hands of these two countries because the West has been so hesitant and weak.

The problem is neither we, nor the US, has the heart for a fight at the moment.

Barack Obama isn’t going to do anything as he comes to the end of his Presidency, he’s terrified more ground troops could see similar scenarios to those which developed after the Iraq and Afghanistan invasions.

That is also likely to apply to Hillary Clinton. What Donald Trump would do is an open question.

The defence committee was very critical of the lack of political initiatives. But I believe it is impossible to achieve a satisfactory political solution in Syria.

Instead, we should be working much harder to reduce our dependency on Middle Eastern oil, because we need to recognise that, whatever we do, the Middle East is likely to become an increasingly dangerous place.

We should be ready to withdraw from it as much as we possibly can.

In Syria and Iraq ISIS have lost territory. Its answer will be to disperse to different countries where it is harder to get at, including Afghanistan, Libya and other African nations.

We will have to fight this threat to our civilisation and security, wherever it raises its head, for generations to come.