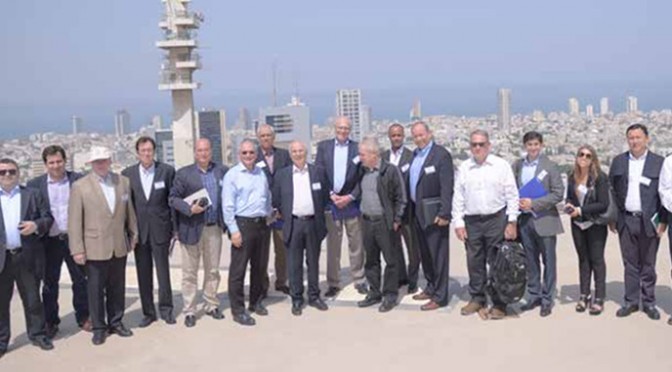 The High Level Military Group’s (HLMG) findings on the 2014 Gaza conflict were the diametric opposite of those of the UN Human Rights Council, human rights groups and the majority of Western media, all of whom believe Israel used disproportionate force and committed war crimes. Why?

Because, unlike the HLMG, these organisations lack any credible military expertise. This is a problem when you are assessing a military conflict. They also mostly hit this issue from a pre-determined position that they want to be right: Israel is the neighbourhood bully and Hamas are the hapless representatives of a bullied, down-trodden population. And they analyse the situation based on human rights law, not the laws of armed conflict. Human rights law is fine if you are dealing with a police arrest on the streets of London, but not when you’re looking at large-scale violent armed exchanges between warring factions – that is what the Geneva conventions are intended to regulate.

The upshot of this ignorant, distorted, malign and misjudged perspective is the widespread demonisation of the state of Israel. That, of course, is what Israel’s enemies, who have manipulated the UN, human rights groups and much of the media as well as many world governments, always intended.

If you are taken in by it, and you yourself condemn the Jewish state on the basis of what these organisations tell you, which to be fair is pretty much all you ever hear, then you too are an instrument of Israel’s enemies. If you are Jewish and you condemn Israel on the basis of this disinformation, then you are a doubly valuable enemy instrument. You are like Lord Haw-Haw was to the Germans during the Second World War: a valuable Brit (well, a US-born Irishman to be precise) who used Nazi propaganda against the UK.

There was not a single Jew in the HLMG. Not one had any allegiance to Israel, except the recognition that Israel is an ally and an outpost of the West. But every one of these distinguished former military men concluded that Israel had no choice but to defend its people in the way that it did, had adhered closely to the laws of armed conflict, had not committed any war crimes and indeed had gone further than any other country in seeking to protect the lives of innocent civilians.

Each of us was prepared to stand up and be counted, to challenge the conventional wisdom on the basis of our extensive experience of armed conflict, and in doing so to put our reputations on the line. Why?

Because we recognised that the systematic challenge to Israel’s right to defend itself is a challenge also to our own countries’ rights to defend themselves. We recognised that the incredibly effective anti-Israel political warfare campaign is just a part of a wider conspiracy against the whole of the Western world, intended to inhibit us all and to lead to our subjugation.

It is no coincidence that Islamic State, Al Qaeda and Hamas all intend to bring down the apostate regimes in the Middle East, to establish a global Islamic caliphate and to destroy the state of Israel. It is no coincidence that all attack innocent civilians as a policy, torture and slash the throats of their victims, carry out mass executions and use human shields to protect their fighters and to bring down intolerable pressure on their enemies.

Next time you decide that the Israeli bully-boy is the problem rather than the down-trodden, but Iranian-funded, supported, armed, equipped and motivated terrorist groups in Gaza, bear in mind that the vast and objective military expertise of the HLMG unequivocally says the opposite. By all means criticise Israel, but don’t do so on the basis of this carefully orchestrated, systematic hate campaign, which is intended to discredit the Jewish state and bring it down.

Col Richard Kemp was Commander of British Forces in Afghanistan. He was part of the High-Level Military Group