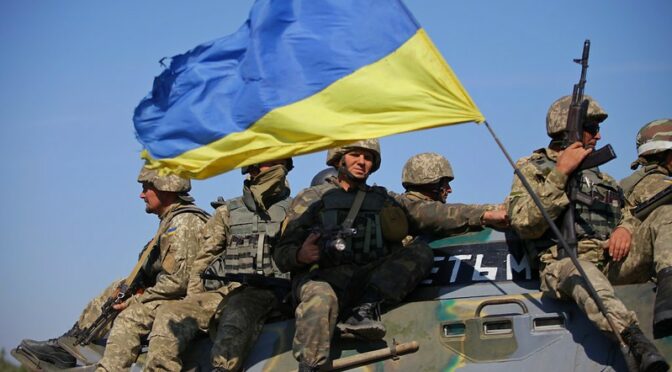 Britain led the world in providing military support to Ukraine. This included training over 22,000 Ukrainian troops, supplying £2.2 million of non-lethal military equipment and 2,000 anti-tank missiles, air surveillance, intelligence and cyber capabilities. It was not enough. For the last two days we have witnessed Russian cruise and ballistic missile strikes against cities, military forces and airports across Ukraine.

To counter such predictable attacks we should have supplied air and missile defence systems. Since the beginning of the Russian build-up on Ukraine’s borders last year there has been plenty of time to deliver such equipment. When Germany, fearful of alienating Moscow, vetoed the supply of artillery by another Nato country, we should have filled the gap by shipping British artillery, shells and trainers. With our land forces systematically degraded by successive governments for decades this would have been difficult, but would have strengthened Ukraine’s defences and sent a stronger message of Western resolve to Putin.

That is history. What should we do now? Britain, the EU and the US have promised, in the words of President Von Der Leyen, ‘a massive sanctions package’. Such measures have been long threatened and failed to deter Putin’s aggression. Sanctions may have a long-term impact but will not get him to pull out now.

Britain should take a lead in immediately supplying whatever weapons and combat equipment Ukraine needs to keep its army fighting. Nato, including British planes, should establish an air corridor over Ukraine and mount an operation on the scale of the Berlin airlift. We should also provide intelligence and defensive and offensive cyber capabilities, including supporting cyber attacks against Russian troops. Putin has set out to destroy the Ukrainian armed forces and bring down their government. If he maintains a long-term occupation, we must be ready to concentrate on direct support to Ukrainian resistance, helping turn Moscow’s offensive into a quagmire like Chechnya or Afghanistan. Tragically, only a relentless procession of Russian body bags could bring enough pressure at home to end Putin’s despotism.

This is not just about defending Ukraine, but also curbing further aggression by Putin against neighbouring states. As well as sanctions directly targeting him, he and his commanders should face indictment at the International Criminal Court for war crimes. We have already seen reports of attacks against protected civilians.

Nato is at its lowest ebb. Its humiliation last year in Afghanistan, which helped embolden Putin, combined with this latest disaster, have completely undermined its deterrent credibility. Now, Nato members are at a decision point. Is the alliance to wither and die? If not, European countries must dramatically increase defence spending. They must also find the political will to act decisively and in unison and be seen to have that will. Secretary General Jens Stoltenberg said yesterday that he thought this sort of conflict had been consigned to history.

That kind of complacent thinking, shared across NATO countries, is what led Putin to believe he could act with impunity.

Image: Ministry of Defense of Ukraine